On the Frontlines of National Security

In his work as a policymaker, Richard Johnson ’01 draws upon skills he learned at CMC

On the Frontlines of National Security

In his work as a policymaker, Richard Johnson ’01 draws upon skills he learned at CMC 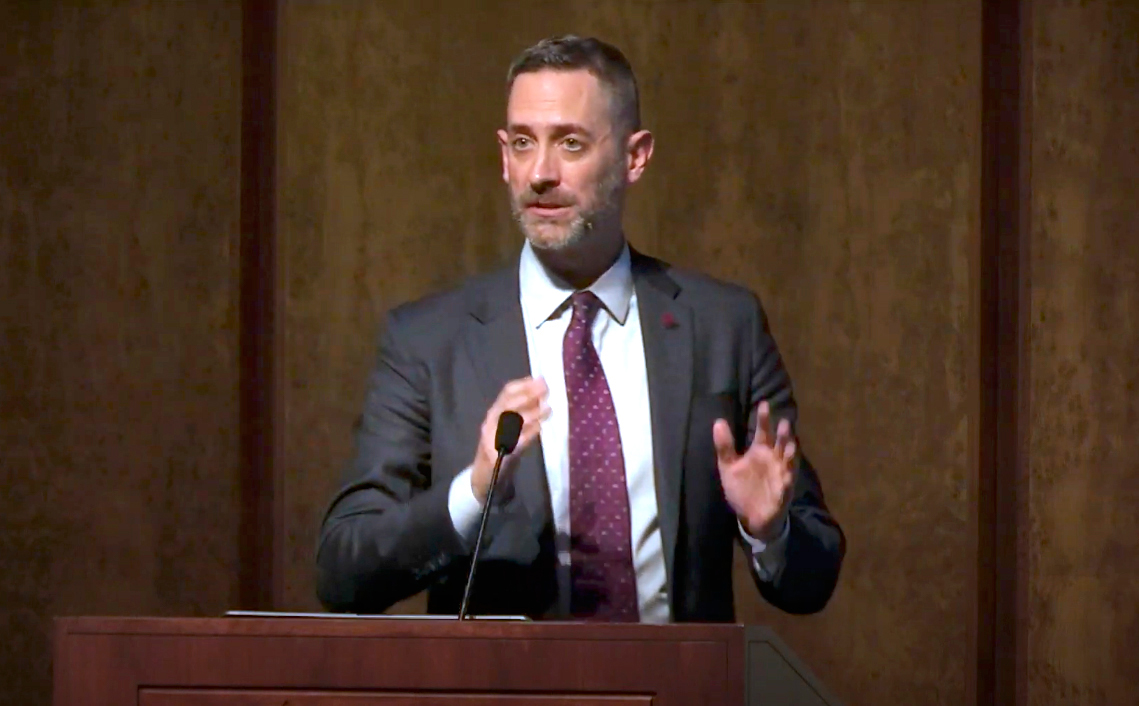 Richard Johnson’s daily concerns could easily be a plotline in a high-budget political thriller.

As Deputy Assistant Secretary of Defense for Countering Weapons of Mass Destruction at the Department of Defense, the 2001 CMC alumnus is responsible for preventing the spread of weapons of mass destruction and deterring chemical, biological, and nuclear warfare.

It’s a position that Claremont McKenna prepared him for.

“CMC taught me how to think analytically and how to communicate my thoughts in a clear and concise way,” says Johnson. “Those are two incredibly important skills that anybody who works in the U.S government or as a policymaker must have.”

Even today, Johnson finds himself quoting Strunk and White’s “Elements of Style,” a book he often refers to thanks to CMC Politics Professor Jack Pitney. The English language manual’s tenets always come to mind when he is tasked to write crucial memos, where he only has one or two pages to convey key points on matters of national security.

“I grew up living close to CMC,” said Johnson, a native of Rancho Cucamonga, “but [the school] actually opened up the world to me.”

Through the College, Johnson travelled to Beijing and studied Chinese history and government. During his semester in CMC’s Washington D.C. program, he worked for the Senate Foreign Relations Committee, where his first boss in Washington was the ranking minority member, then-Senator Joseph Biden.

While Johnson saw Biden in action, he also made connections with members of Biden’s staff, most of whom still work with the President.

“The first person who wrote me a letter of recommendation, Brian McKeon, is now the Deputy Secretary of State for Management and Resources,” he said. “I can really trace a lot of what has happened in my career  — where I’ve been able to work and what I’ve been able to do — to the opportunities and the experience I got at CMC.”

Johnson’s life at CMC came full circle in February 2020, when he spoke at the Athenaeum about the lessons he has learned from crafting nuclear deals with Iran and North Korea.

“It’s peak CMC when you get to come back and speak at the Athenaeum,” Johnson said.

While back on campus, Johnson spoke to a few classes, but the most moving part of his return was meeting the LGBTQ student group. Johnson is part of the 14% of people appointed to positions in the Biden-Harris administration who self-identify at LGBTQ, a fact he is proud to acknowledge, especially if it helps pave the way for others.

“Having diversity in the national security space is important, including because it brings people with different life experiences in, so you don’t get groupthink,” Johnson said. “It’s a room full of people who might be able to bring different voices, so you’re coming up with more creative and more holistic solutions to the many policy problems that we face.”