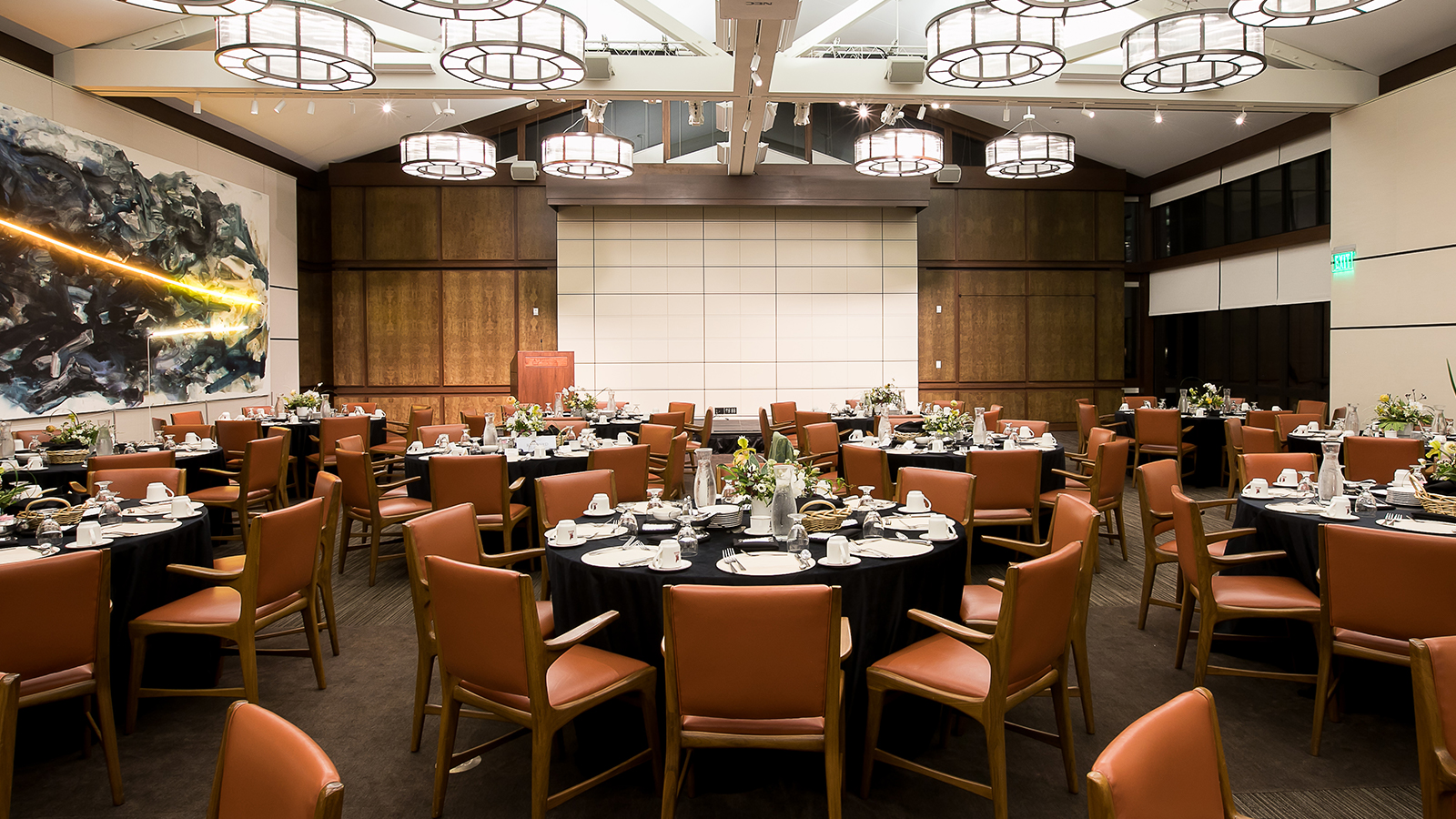 As part of CMC’s 75th Anniversary, we asked alumni from various decades to reflect on their special bonds at the College’s venerable venue for social and intellectual engagement.

Why did you want to become an Athenaeum fellow?

Glen Kraemer ’84, the first Ath fellow in 1983-84: When the concept of the Athenaeum was announced, it generated tremendous curiosity and excitement. There was a palpable feeling on campus that this could be transformative. The goal of bringing together an extraordinary collective of intellectuals drawn from every discipline was the essence of a liberal arts education given form, function—and now, forum. I had to be a part of it!

LaTanya Wright Channel ’91: I loved going to the Ath, especially in the afternoon for treats and tea (those lemon bars!) Anytime there’s thought-provoking, nuanced conversation about the “world,” I am there. I wanted to be an Ath fellow to get even closer to that dialogue, particularly closer with the speakers to engage in “world talk.”

Paige Costello ’12: I wanted to expand my horizons, learn about new domains, and practice public speaking. Being an Ath fellow increased my curiosity and desire for conversation and debate. It also made me comfortable with a wide range of ideas and people.

What was the most memorable Ath discussion or speaker during your time as a fellow?

Henry Taylor ’94: I shared a profound moment with Leah Chase (known as the Queen of Creole Cuisine), a famous African American chef from New Orleans. I brought her to the Ath to share her wisdom and culinary skills with the CMC community. The day before, we had lunch in downtown Claremont, and Mrs. Chase talked tearfully about losing her daughter one year before. I was raised by my grandmother because of my parents’ struggle with drugs, and I tearfully shared the impact of that on me. Mrs. Chase responded by quoting the Bible, Exodus 20:12, “Honor your parents, so that you may live long.” She said “that’s about you, not about them.” Her words provided a cathartic moment that lifted my long-held feelings of estrangement. After that, my relationship got better with both of my parents.

Kraemer: The juxtaposition of consecutively hosting Bruno Bettelheim and Elie Wiesel in a short period of time will always stay with me. I was very familiar with Wiesel’s seminal works, and his time with us confirmed his keen intellect, his resilience, and the unyielding strength of his advocacy for human rights informed by an extraordinary capacity for compassion and empathy. Dr. Bettelheim was, of course, also a titanic figure in intellectual circles, but an extremely controversial one. I had heard of his theories suggesting that Jewish victims of the Holocaust had demonstrated weakness, but was nonetheless shocked when he made these statements in the calm environs of the Athenaeum.

Wright Channel: When Civil Rights leader Julian Bond spoke across the way at McKenna Auditorium. I felt so small standing next to a historical giant (he was also very tall). But the most interesting speaker was author Shelby Steele. I sat at the head table with him, but also stood up and made a statement of concern about his controversial views on how we, as Black folks, experienced racism. We did not agree, and I don’t ever recall an Ath fellow speaking up to an Ath speaker while also hosting them. Afterwards, he did thank me for hosting him.

Costello: From RuPaul to U.S. Poet Laureate W.S. Merwin to economist Steven Levitt to evolutionary biologist Sean Carroll, fall semester alone was a treat! My most memorable speaker, however, was Ingrid Jordt, associate professor of anthropology at the University of Wisconsin-Milwaukee. Let’s just say no one who signed up expected to learn that her first job was teaching sign language to gorillas or that her friends bought her a meditation trip to Burma because they joked that she had a crazy job. On that immersive trip to Burma, she fell in love with meditation. When she returned to the U.S., she divorced her husband, gave away her material possessions, and returned to Burma to study meditation full-time. Her insights on religion, politics, and Burma were astonishing. I’ll never forget it.

What life and leadership lessons from being an Ath fellow have stayed with you?

Kraemer: My Ath experience schooled me in the pragmatic and the idealistic. On the practical side, there was no road map to follow. The dreamer in me, admittedly an impractical literature and political science double major, quickly figured out that the theoretical wonders of the Ath could only be realized if invitations were sent, meals were planned, and cookies made their way into the library for afternoon teas. College seniors are not often schooled in the art of hospitality, and I had to become a quick study to ensure that the practical needs of our esteemed guests were met. More profoundly, hosting Dr. Bettelheim was very challenging for me in the moment, but reflecting on the experience, I am certain it informs the work that I do now in support of responding to and preventing workplace discrimination, harassment, and bullying (“violence to the spirit”).

Taylor: The Ath helped me become a better person, a more thoughtful person. I look at things from other perspectives and am willing to ask myself tough questions about what I believe. It also pushed me to listen more intently and encourage others to hear the voices of people different from themselves. CMC and the Ath elevated the normal experience of college. Only students can sit at the head table with the speaker. To me, that demonstrates CMC’s commitment to students—and makes us unique.

Wright Channel: Being an Ath fellow helped me continue to be gracious to those with different views. At the head table, I was often seated with classmates who never agreed with me. On anything!

What was your favorite Ath meal?

Taylor: Always the election day meal. The year it was George H.W. Bush, they served lobster from Kennebunkport. I often went to the kitchen and helped prep food, too. The food was always fantastic.

Kraemer: The Madrigal Feast! And I am still proud of the invitation I wrote for the feast. It allowed me to channel my inner Shakespeare.

Wright Channel: Anything they served. I never had a bad meal at the Ath!

Back to CMC Magazine