How I Met My Husband of Almost 63 Years

How I Met My Husband of Almost 63 Years 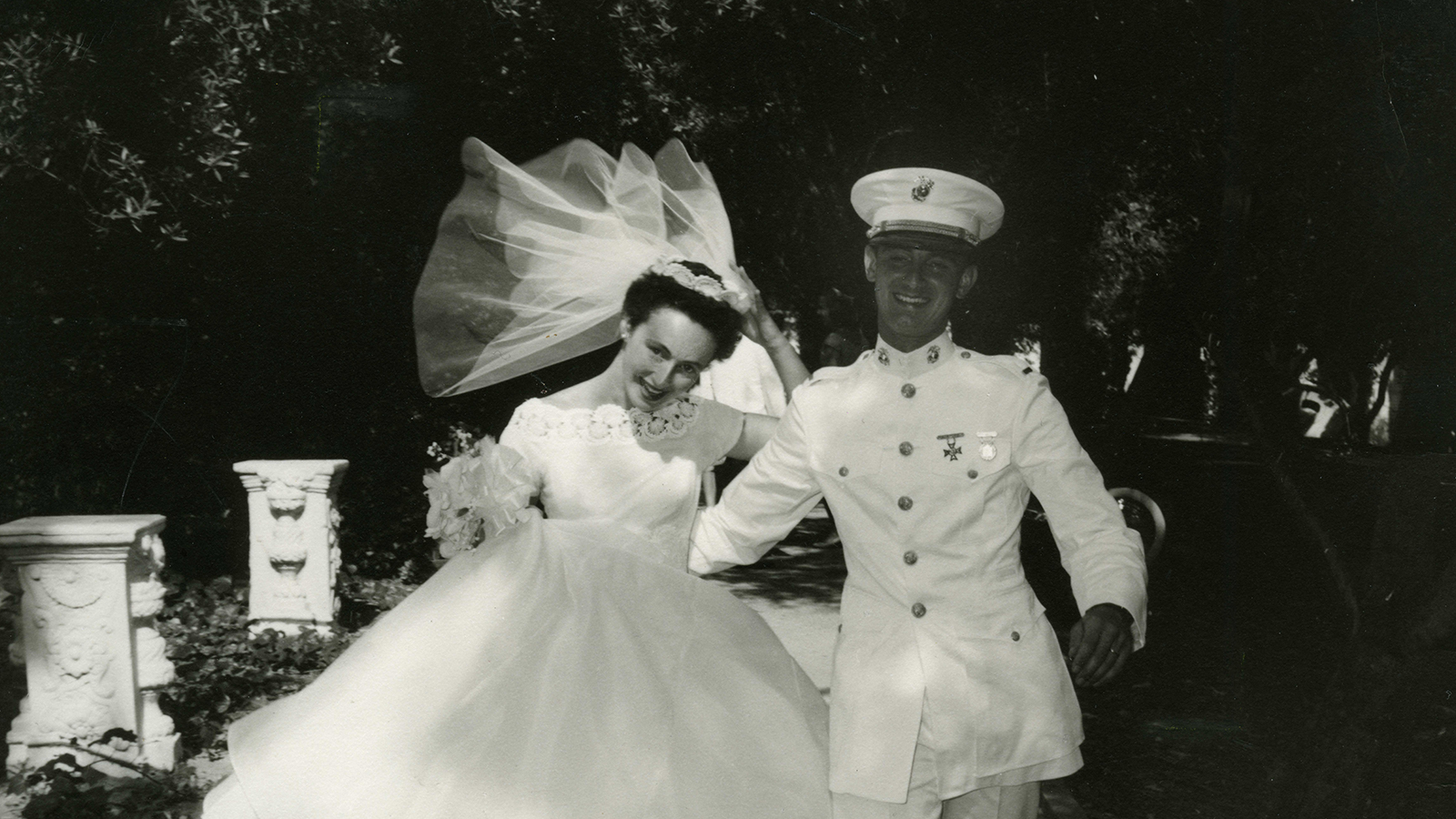 I arrived at Scripps College on a Saturday in the Fall of 1954. I traveled from China, where I was born. I was just 17 years old, wearing my school uniform, socks, and loafers. My trunk had been mislaid, so the next day I still had on the same clothes I had worn for two days while traveling.

On Sunday, all the other nicely attired freshmen from Scripps were ready to be taken to College Church by the freshmen from Claremont Men’s College. They were led by the CMC sophomore class president, a cute guy with very short hair. (All the “fresh men” had no hair, a tradition in the ’50s where the new students’ hair was cut so they all looked like U.S. Marines.)

There I was, small, lots of freckles, with thick brown curly hair, standing with a group of blond, taller, tanned California smiling Scrippsies. “OK, men, pick a girl!” (Even then I frowned at “men pick a girl”), the cute guy said, as he chose the nicest-looking person in the crowd. I was the ONLY one left standing alone. The cute sophomore class president said, “You can come with us.” I did. (Later, the cute guy said he didn’t remember that this even happened.)

Four years later, the day after I graduated, that cute guy, who had joined the Marines, went AWOL from where he was stationed in Virginia, flew across America and arrived in Claremont in his dress whites just in time to marry me, his 20-year-old bride. “I was more afraid of you than the Marine Corps,” he whispered in my ear! The rest is history!