Co-education became a reality in 1975

Co-education became a reality in 1975 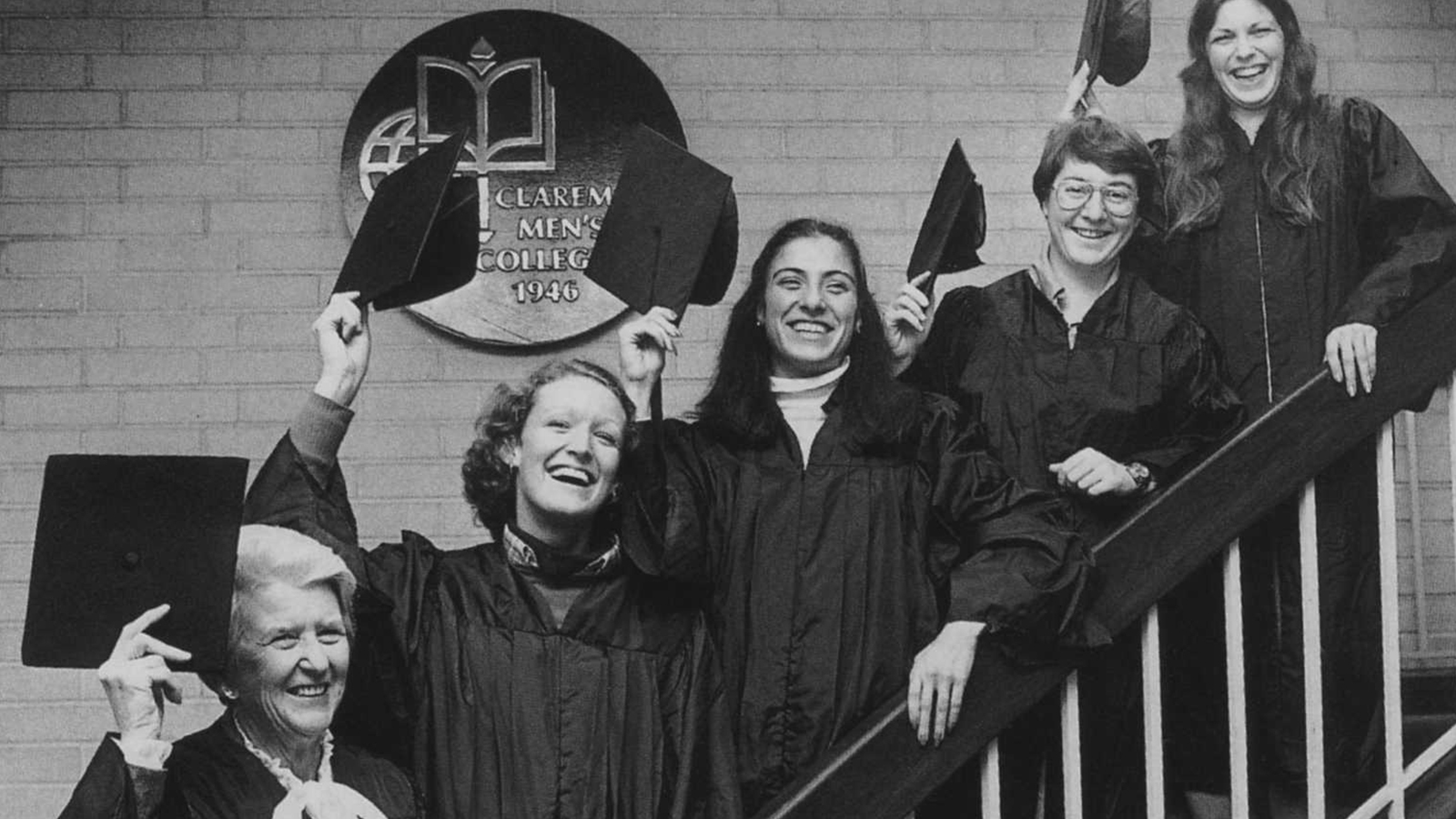 On April 24, 1975, the trustees voted to admit women to CMC. The vote was 28 for coeducation and 13 in favor of maintaining the status quo. The two-thirds majority had been met. Serious discussion of the issue had begun in 1972.

What did the Claremont Men’s College students think about going co-ed? A student survey in March 1975 showed that 73% of the CMC student body favored coeducation; 16% were unfavorable; and 11% were undecided.

Students cited three reasons they favored coeducation: women had a right to attend CMC; the social atmosphere would be improved; and the applicant pool would be enlarged and the quality of the student body increased. About that social atmosphere, the Associated Students of Claremont Men’s College wrote to the trustees before their vote: “The unnatural social situation, created by CMC’s all-male character, does a great disservice to the student by not allowing him an unstrained, informal social atmosphere in which women can be regarded as friends and equals.”