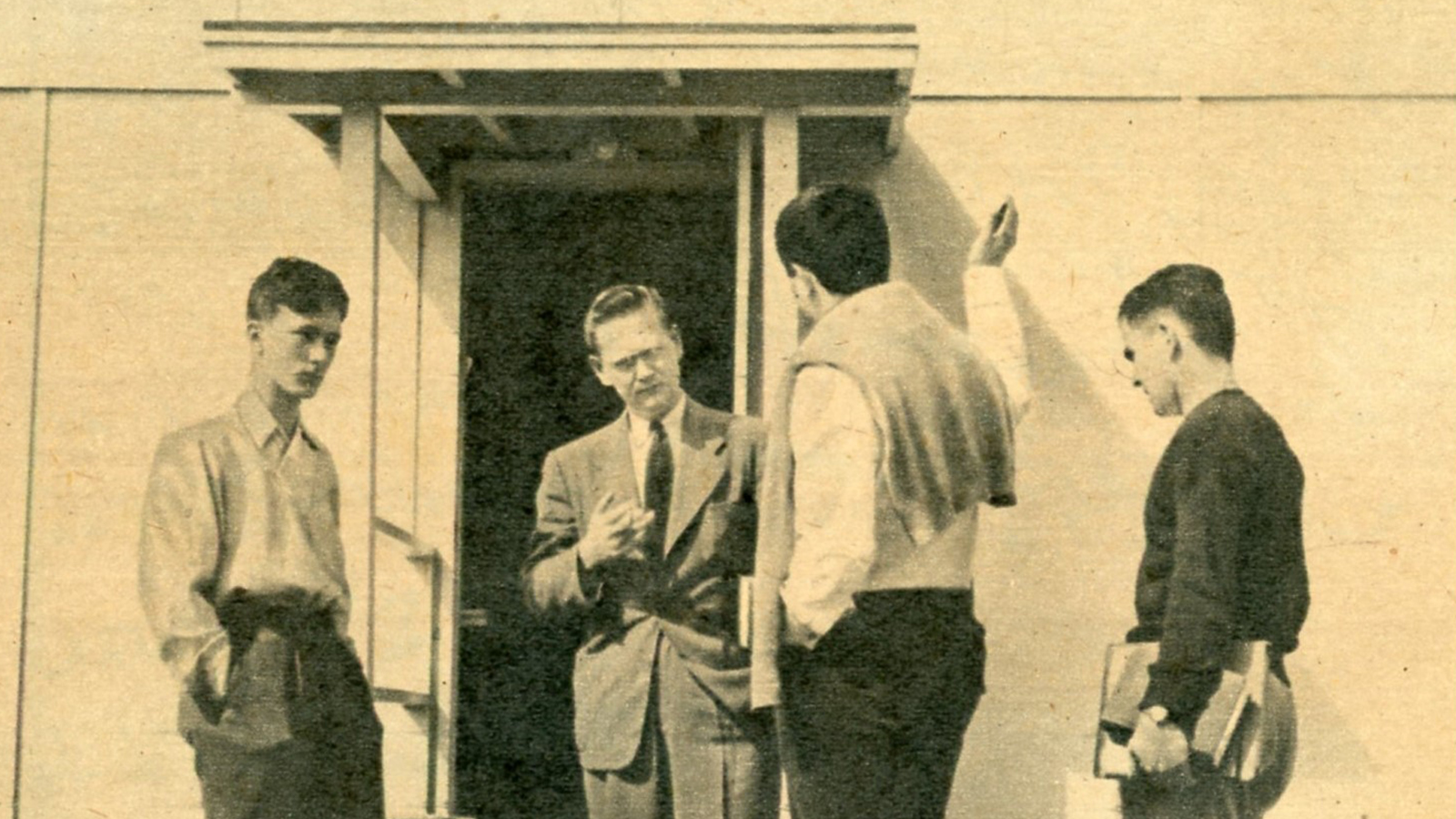 Claremont McKenna College was off to a phenomenal start in 1946. Within four months of the College’s opening and while he was teaching at the Harvard Summer School, CMC President George C. S. Benson recruited the founding faculty members.

These initial faculty members exhibited a pioneering spirit, and many of them took on additional roles to their teaching responsibilities. Stuart Briggs was a local businessman and part-time Pomona College instructor. Along with teaching accounting, Briggs became the dean of students. Gerald Jordan, just released from the Navy, began as assistant professor of political economy and assisted in registration. Bertha Ward began as a lecturer in Spanish. Additional military veterans who joined the faculty were Everett Carter, instructor in English, and Albert Clodius, instructor in history, both graduate students finishing their dissertations. Daniel Vandermeulen, assistant professor of economics, had just finished his PhD at Harvard. Alice Vandermeulen, who held a doctorate in economics from Radcliffe, would later join the faculty.