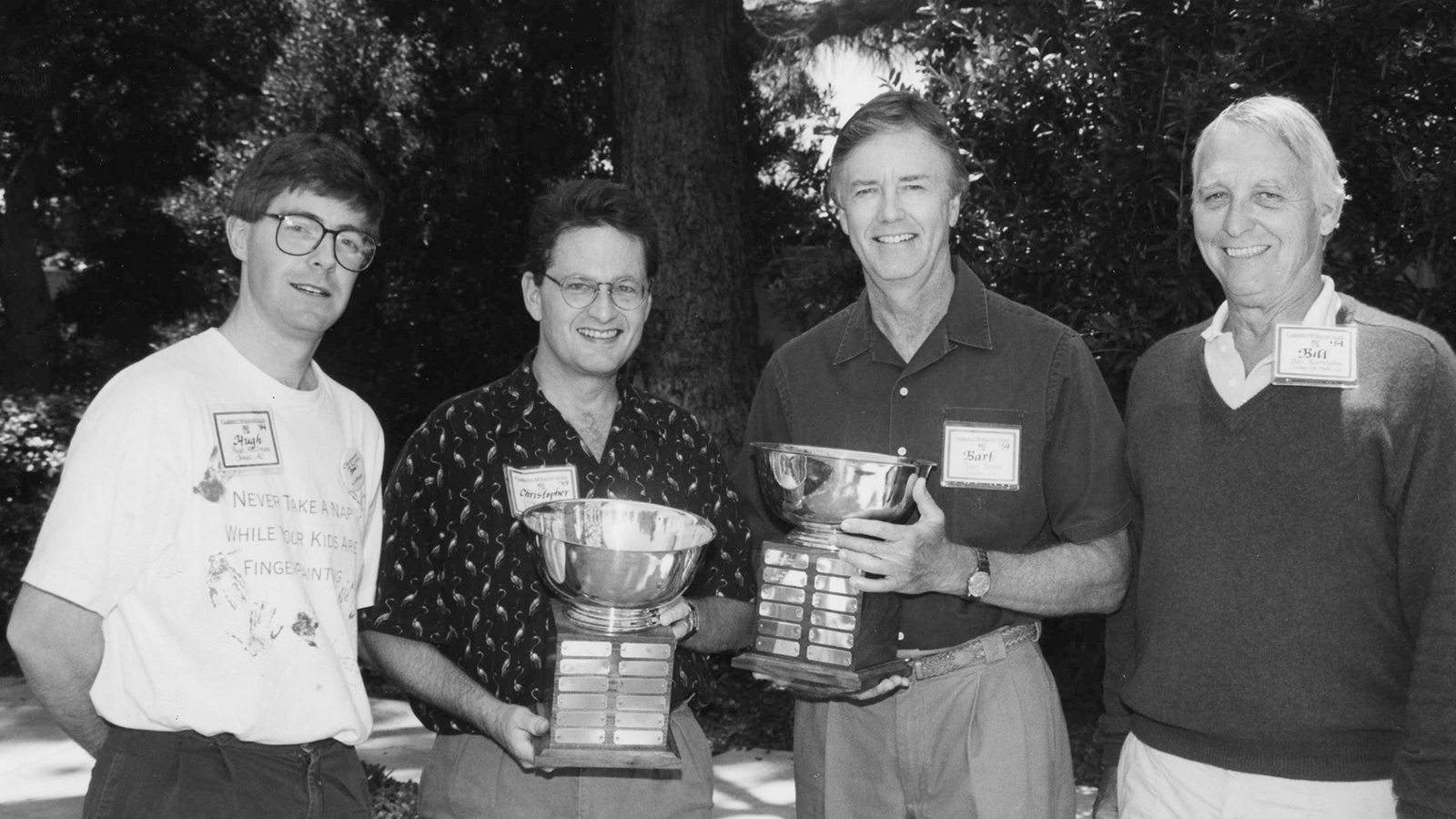 Hugh Hallman ’84 likes to tell people he first became politically involved at age 2, helping his mother support the Goldwater for President campaign by licking stamps. Joking aside, the Tempe, Arizona, native has spent decades in public service. He was already working for President Ronald Reagan’s reelection campaign when he graduated from Claremont McKenna College in 1984. After earning a J.D. from the University of Chicago Law School and working as an attorney, he served in his hometown as a city councilmember and two-term mayor.

At CMC, Hallman was active in student government for two years before becoming ASCMC president. The college leadership experience boosted his later work in politics and with clients. “It improved my ability to interact with people,” he said, “and helped smooth the rough edges of my typically prickly personality.”

With dry self-deprecating humor, Hallman claims he originally ran for president at CMC because it provided a “nice extracurricular activity for a geek who lacks any athletic skill.”

An important issue he confronted as president was a shortage of resources. When he and treasurer Lee Leong ’84 discovered some student fees earmarked for ASCMC weren’t reaching the association’s accounts, they pushed the administration to reexamine the allocation.

“We reached agreement that CMC would make a one-time payment for back-fees and would pay the full amount of the student fees to ASCMC [thereafter],” he said. “That gave ASCMC a good nest egg to support student services for years to come.”

Hallman had transferred to CMC as a sophomore from Arizona State University. He majored in economics and political science, minored in accounting, and wrote a thesis about the correlation between SAT scores and student success in college. “A real page-turner,” he said, sarcastically, “but it pushed me into work in K-12 education.”

After the implosion of the Soviet Union in 1991, he helped found a private university in Kazakhstan. Later, he became head of schools for a charter group in Arizona. Hallman credits his thesis work under Ward Elliott, who serves as the Burnet C. Wohlford Professor of American Political Institutions, with providing the foundation for both endeavors.

He leaves no doubt about the overall impact of his academic and student leadership experience. “CMC,” he said, with no trace of self-deprecation or sarcasm, “served as my launchpad for much of what I have done in life.”