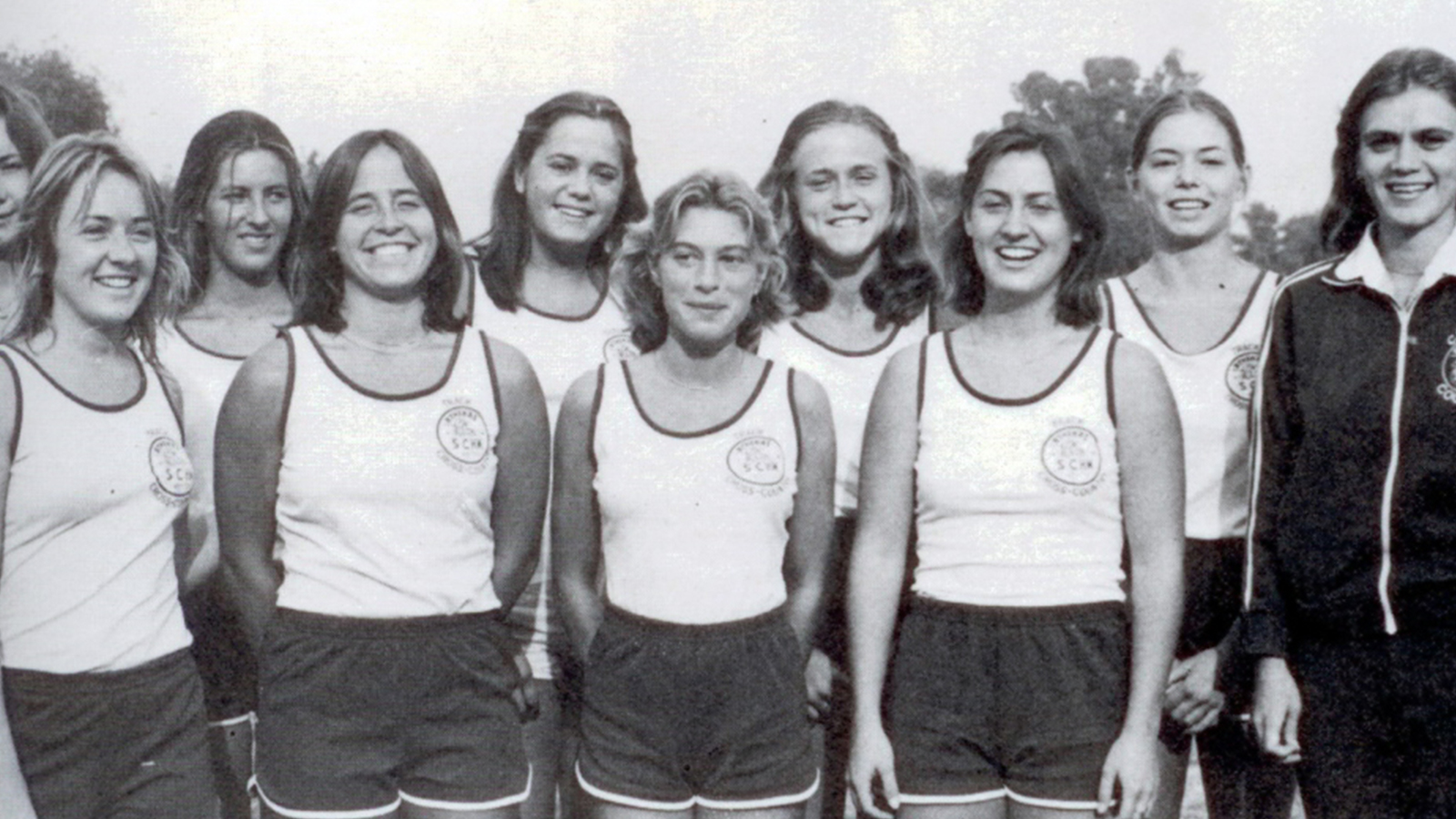 Just two years into the program’s existence, the CMS women’s cross country team had the honor of winning the first SCIAC title for the Athena half of the athletic department following the introduction of women’s sports in 1976.

After a third-place finish in the program’s debut year of 1977, CMS was able to go 5-0 in the regular season in SCIAC duals and end with a 9-1 conference record after the championship meet to bring home the first Athena trophy with 10 points, ahead of Occidental with 9 and Pomona-Pitzer with 8, with a one-point win over the Sagehens in the postseason meet providing the difference for the narrow margin of victory.

Mary Tracey of Claremont McKenna was the top CMS individual finisher at the conference meet, finishing second, while Jeana West and Carol Patejdl of Scripps were also in the top 10 to earn all-league honors. Tracey would go on to become the program’s first AIAW All-American as a senior in 1980, the first for a CMS woman in any sport, while leading the Athenas to their second SCIAC title in a three-year span.

“As a team, we were thrilled and proud to be the first conference champions for the women’s athletic program,” said Tracey. “In hindsight, we were trailblazers for all the women’s teams to follow at CMS but at the time we were inexperienced competitors who just enjoyed being good at what we did, had a lot of fun as a team and felt fortunate to come out on top. We were grateful to the CMS program for its support and the opportunities afforded to us.”

Tracey and West would also become the first female student-athletes to earn CMS Hall of Fame honors, with Tracey inducted in 1992 in the second Hall of Fame class, and West following a year later.

The CMS women’s cross country program, meanwhile, would keep right on winning championships, now standing at 29 SCIAC titles in its 45-year history, the highest total for any Athena sport, including sweeping the decade of the 2010s with 10 straight championships.