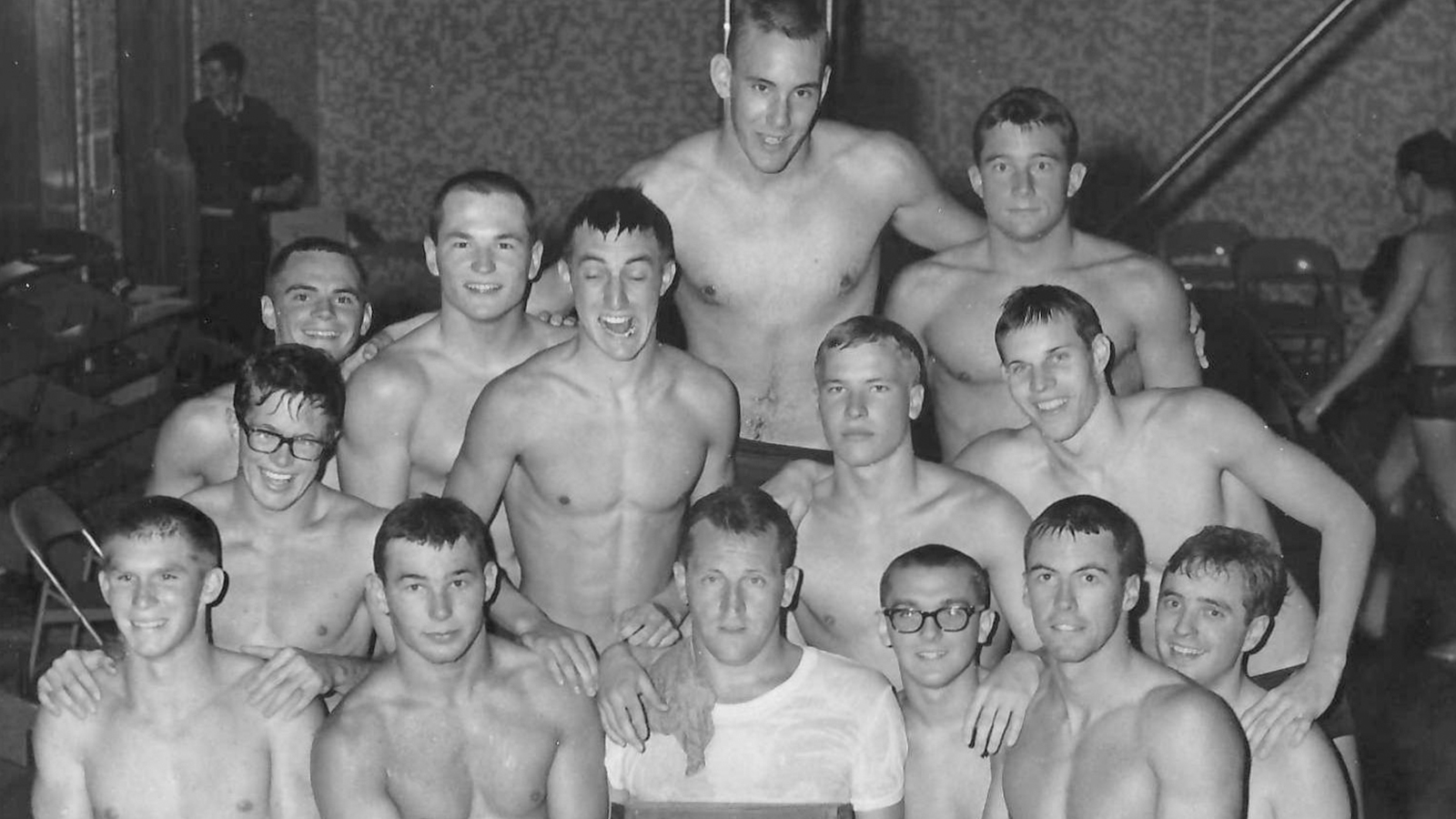 The Claremont-Mudd athletic department was only nine years old when the Stags swimming and diving team stood on the starting blocks for the 800-yard freestyle relay at the 1967 NAIA Championships in Buffalo, with a chance to make history.

You could certainly argue that an athletic department that hadn’t even celebrated its 10th birthday didn’t have enough in the archives for anyone to truly “make history” just yet. Winning a national championship, though, is clearly an exception — it’s history whenever you are fortunate enough to do it. Just ask the folks next door at Pomona College, who began competing in intercollegiate athletics in 1895 and had to wait almost 100 years for their first national title (women’s tennis in 1992).

In only year nine, Claremont-Mudd was faced with a chance to break the national championship ice, even if it was a thin layer of ice, at the 1967 NAIA Swimming Championships. Adding to the drama was that the national title would come right down to the final race. It’s somewhat rare for a swim meet to be decided in a winner-take-all on the last relay, but in this case, Claremont-Mudd had just a minuscule three-point lead in the team standings entering the final event. Joe Busch, Alex Johnston, Steve Writer and Cliff Rediger each prepared to each swim 200 yards with a chance to clinch it, but Macalaster College or Bemidji State University were still close enough to leapfrog the Stags if they were to beat them to the wall on the 800th yard.

It is also rare for a program to earn a team championship without winning any races, but the Stags entered the final event in first place by three points, with its highest finish a runner-up (Robin Durnin in the 100 free, and Joe Busch in the 200 fly).  Claremont-Mudd used strong swims to gradually accumulate enough points to take the lead, in a meet where no one school was able to dominate the podium.

Getting to the point of being one relay from a national title took overcoming some hurdles. They finished a solid sixth in 1966 in their first trip to the NAIA national meet, under second-year head coach Dez Farnady, one spot ahead of Occidental in seventh. The shoestring budget of a start-up athletic department, though, meant that only six Claremont-Mudd swimmers were able to attend, and there wasn’t any guarantee that more would be able to attend in 1967.