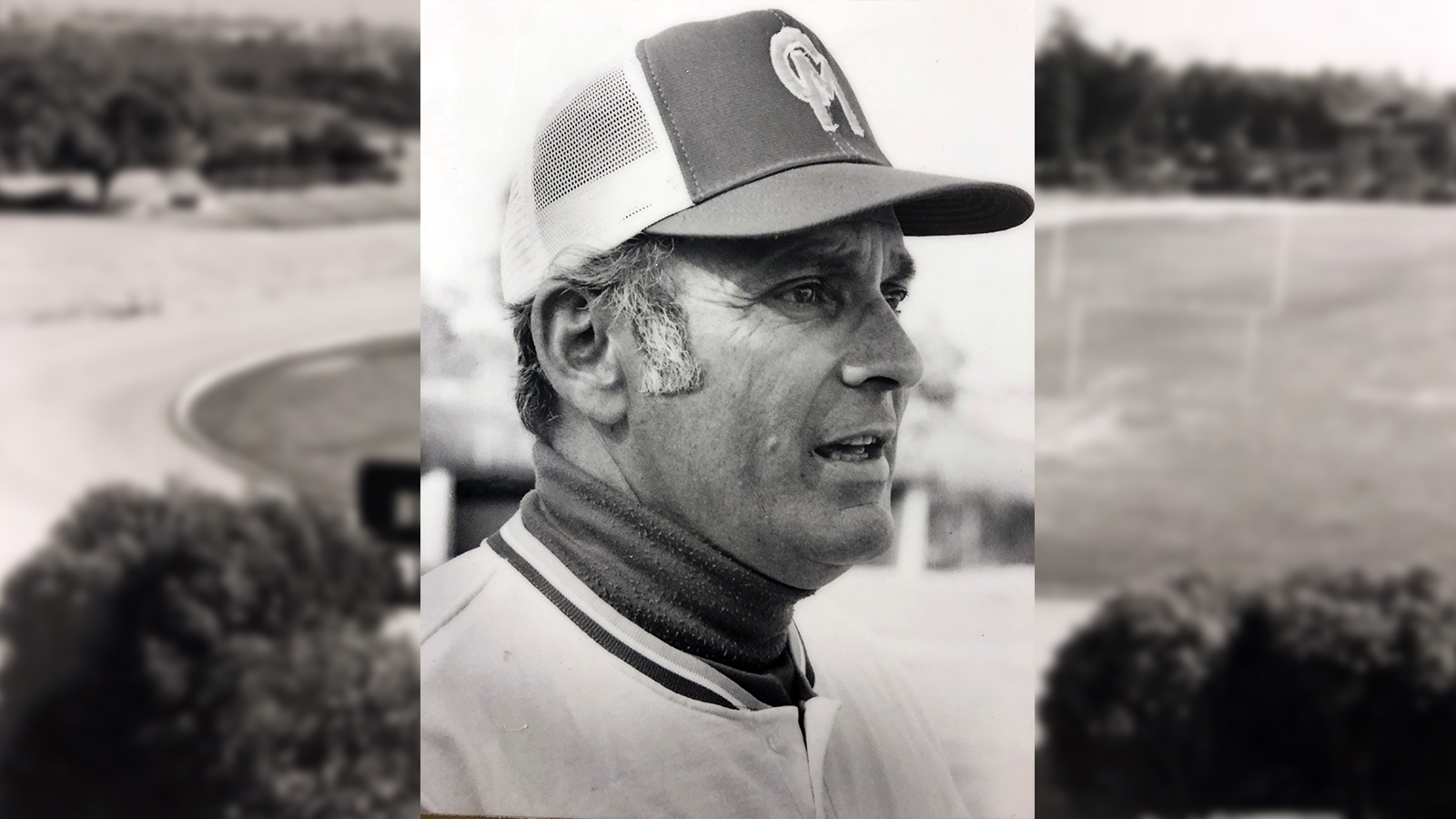 Claremont Men’s College had already made progress on the physical foundation for its new athletic department in the 1950s, constructing the football and track complex in 1954 and finishing its gymnasium in 1957. What was still needed, though, was the human foundation to go with it.

Enter Bill Arce, who was hired at Pomona College in 1956 as an assistant coach and administrator, and who officially became the athletic director and head baseball coach at Claremont-Mudd when the new athletic department began competing in 1958. Beginning with his transition work in 1956, Arce had a 27-year tenure, coaching the Claremont-Mudd baseball program for 21 years from 1959-1979, and serving as the athletic director until 1983, before his well-earned retirement.

Earning those types of honors might have seemed like a long way away, when Arce began the daunting task of starting a nine-team athletic department from scratch. He hired Vince Reel, Jesse Cone and John Lepp to help with the coaching duties in 1958-59, and would add another key figure in the growth of CMS Athletics, Ted Ducey, to the Stag athletic department the following year.

Arce led the Stags to within one game of the NCAA Division III World Series in 1979 in his final season as the baseball coach, and remained on board as an athletic director for four more years. His legacy in baseball is tangible, particularly in his awards and in his work in helping the game spread internationally. He took his Claremont-Mudd teams on trips to Europe, and has been inducted into the Baseball Hall of Fame in both Holland and Italy, after leading both teams to European Baseball Championships as the head coach. He was the first American to run baseball clinics in the People’s Republic of China in 1980, and coached numerous US national and international all-star teams in tournaments and competitions throughout the world.

In 1981, he was inducted into the American Baseball Coaches Association Hall of Fame, and in 2000, the organization selected Arce as its recipient of the Lefty Gomez Award, its highest honor, presented to an individual who has contributed significantly to the game of baseball.

Perhaps an even more significant legacy that he left behind at CMS, besides his baseball successes, was overseeing the addition of women’s sports as athletic director in 1976. The success of the Athenas in the 45 years of representing CMS all began with the immediate inclusion of women’s sports into the athletics fold, once Claremont Men’s College became co-ed.