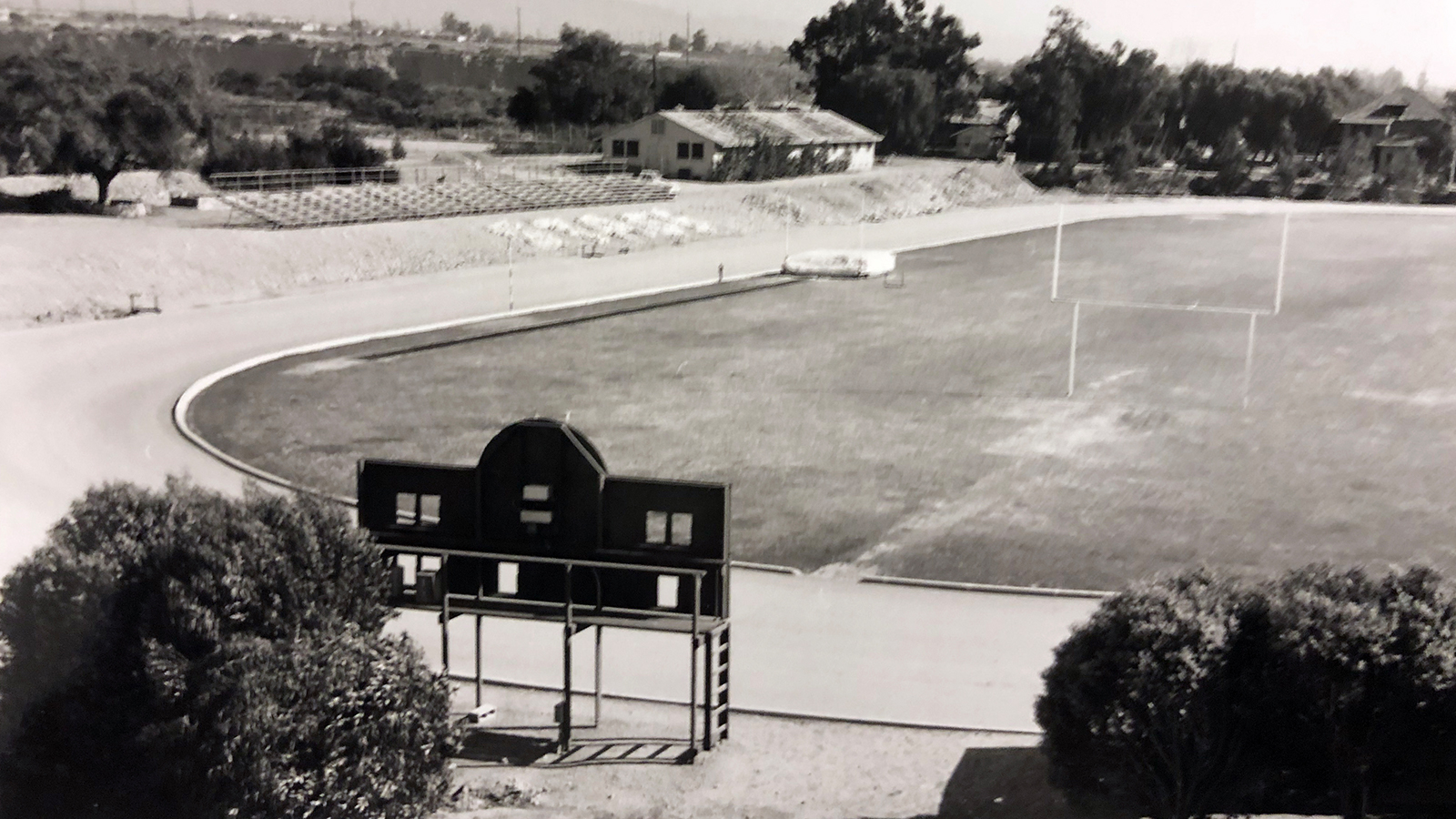 By 1954, Claremont Men’s College student-athletes had been competing with Pomona in athletics for seven years, but the wheels were already visibly in motion to allow CMC to split from the Sagehens and form its own athletic department on the North side of Sixth Street.

The first step in that process was the construction of an outdoor stadium complex to eventually serve as the home of the football and track and field teams. By 1954, the facility was ready to go, although it would still take four more years to add the gymnasium, other home fields and the personnel to officially make the split.

Once Claremont McKenna separated from Pomona and joined Harvey Mudd in a new athletic department in 1958, the complex immediately became the home for football and men’s track and field. As the athletic department expanded, so did the facility’s tenants, as women’s track and field had its debut season in 1977, the first year of co-education at Claremont McKenna, while women’s lacrosse played its inaugural season in 2003.

The stadium is named the Fritz B. Burns Stadium and Track Complex, after local land developer and philanthropist Fritz B. Burns (1899-1979). The field was renamed Zinda Field after the passing of former football coach and athletic director John Zinda, who passed away in the summer of 1995. Zinda had served as the head football coach since 1968, leading CMS to its first-ever SCIAC title in 1970, adding another in 1979, and then capturing two in a row from 1986-87. He also became the second athletic director in CMS department history in 1983, after the retirement of Bill Arce, holding both roles until he passed away in 1995.