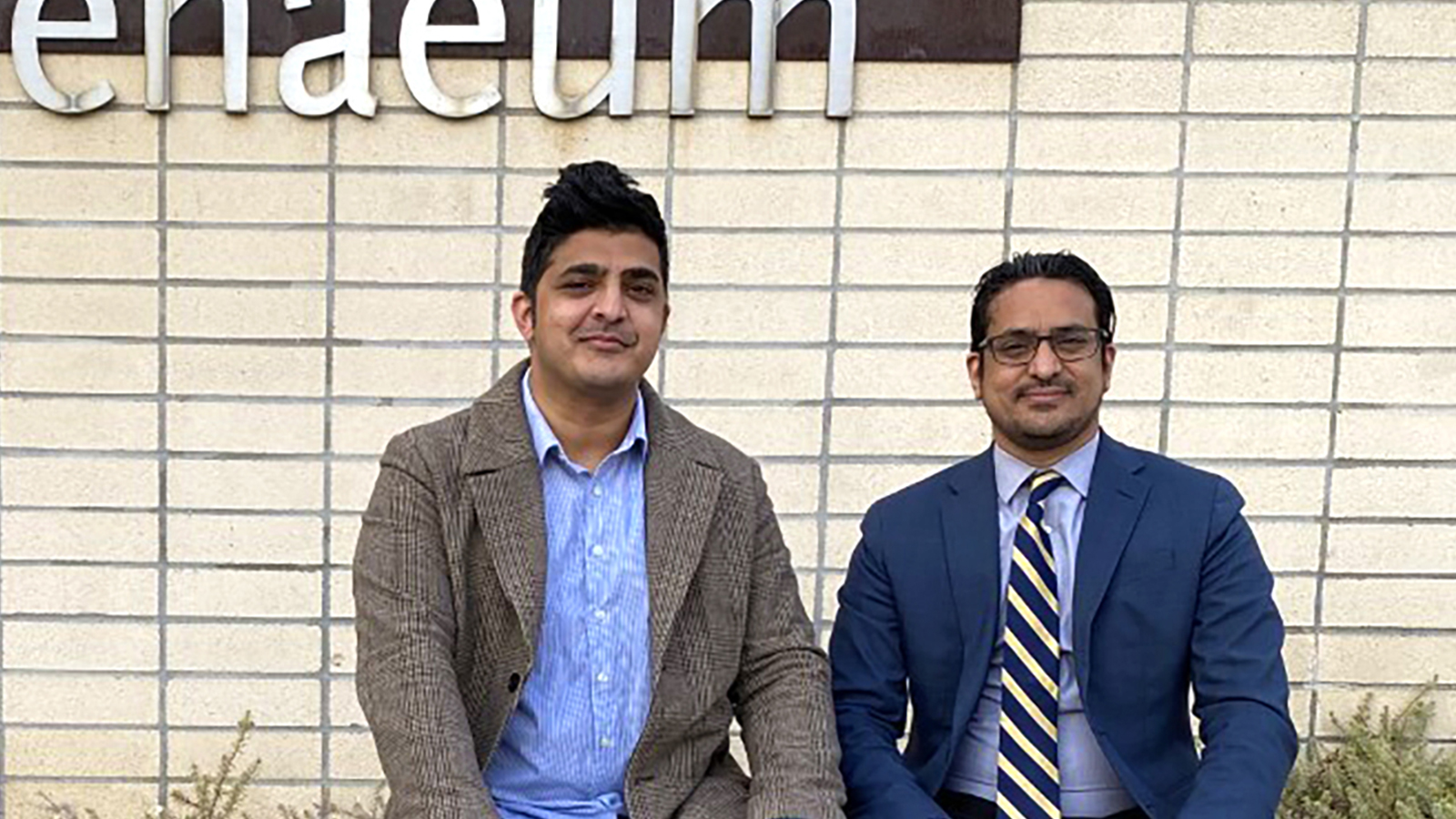 Which one of you decided to go to Claremont McKenna first and why?
Ata: Amjad applied back in 1996 and attended in 1997-2001 as a Government and Literature major. When I applied to college in 2003, CMC was top of the list because Amjad would rave about it, and then he got accepted to Harvard Law, so I thought, okay, maybe the school’s doing something right.

Amjad: To be honest, I didn’t know too much about the College, only that there were a few small private colleges nearby (we grew up in Chino Hills) nestled in the mountains that emphasized the “liberal arts”—a term that sounded cool to me. I ended up visiting the campus and attending a “prospective student” talk by Professor [Jack] Pitney, who flipped the script on everything I had been told about what higher education should be. After 30 minutes, I didn’t need to hear much more. I knew I had found my tribe.

What have you accomplished that’s different and similar to one another?
Ata: Amjad and I took wildly different paths with our CMC education but that’s what’s kind of fun and interesting about it. We both took deep dives into government, but Amjad focused on international law and human rights, while I focused on city governance and local land use issues. Amjad was able to rely upon a more traditional pre-law route. Mine was more of a pinball experience that started pre-med and ultimately led me to the EEP (Environment, Economics, and Politics) major. It was actually a conversation with an urban planner at a FEMA site during a relief trip organized by CMC students in Kiln, Mississippi, after Hurricane Katrina that started me on the path to pursue urban planning.

Amjad: Ata was valedictorian in his high school and could have studied anything. I’m glad he found the EEP major at CMC because that’s probably the only degree that could contain his curiosity! My first love was political science, but I enjoyed math and philosophy during my first semester more than I ever thought I would. But it was Professor Nicholas Warner’s introductory literature course that just blew me away—he expanded my analytical mind in ways that still benefit me in profound ways. Ata and I could not be any different in what we do professionally, and yet we are bound by a singular love of writing that we credit to our CMC education.

What have you been doing since graduating?
Ata: I attended UC Irvine for the Master’s in Urban and Regional Planning, consulted for the Long Beach Unified School District on school site planning, managed a community mitigation trust fund with the Port of Los Angeles, and then formally entered government city planning, first with the City of Los Angeles, and now with the City of Pomona next door to CMC.

Amjad: I attended Harvard Law School (J.D. in 2004), clerked for the late Judge Warren J. Ferguson at the U.S. Court of Appeals for the Ninth Circuit, worked as a litigator at two prominent global law firms (Latham & Watkins LLP and Akin Gump, Strauss, Hauer & Feld LLP) for a decade before founding my own litigation firm with some former colleagues, Brown, Neri, Smith & Khan LLP in Los Angeles. I also teach contract law at UCLA Law School and help run a nonprofit I recently co-founded, Global Lawyers for Refugees.