Tables with a View

Tables with a View 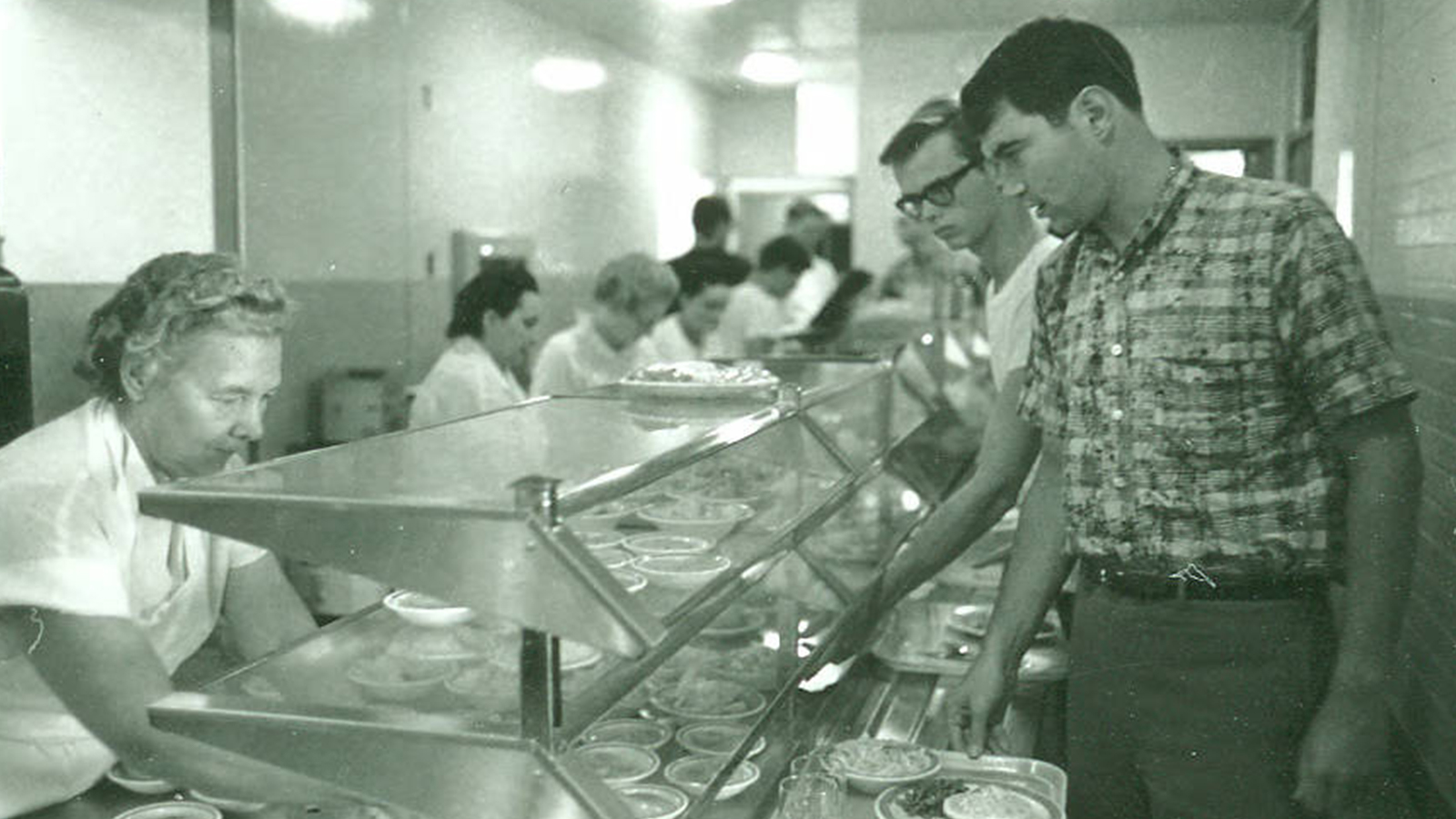 By 1955, it had been realized for some time that the dining area in Story House was inadequate for the college, and substantial gifts for a new dining hall started coming in. The new dining hall was part of the Tenth Anniversary Building Program, which was budgeted at $800,000 and brought nine major construction or improvement projects over the next five years.

Collins Dining Hall is named after CMC Trustee Whitley Collins, and his wife, Amelia, who pledged the initial gift to build it. The couple’s son Rogg graduated from CMC in 1951.

The original construction was completed in 1957. Collins Dining Hall then sat 300, distinguished by a magnificent view of Mt. San Antonio.

In 1964, Collins Dining Hall was expanded by another 2,000 square feet and remodeled.

CMC also extended to Pitzer College, founded in 1963, the use of Collins Dining Hall for four years, together with offices for the president, secretary, and director of development for the new institution.

Now, the view includes four Carol Bove art sculptures that further add to the dining experience. The large-scale artworks were installed in the quad of front of the building in January 2020.

The four pieces include two created for CMC and two previously exhibited to great acclaim. The two newest pieces are “Four Loops,” a tubular glyph of polished steel painted white whose loops appear to float in space, and “The Enigma of Pleasure,” a collage of rusted scrap metal, folded and crushed steel painted orange, and a highly polished black steel disc. “Cretaceous” and “Lingam,” pieces created in 2014 and 2015, respectively, are made from rusted low carbon steel and ancient petrified wood.