CMC began in 1946 with one building, 15 acres, and great expectations

CMC began in 1946 with one building, 15 acres, and great expectations 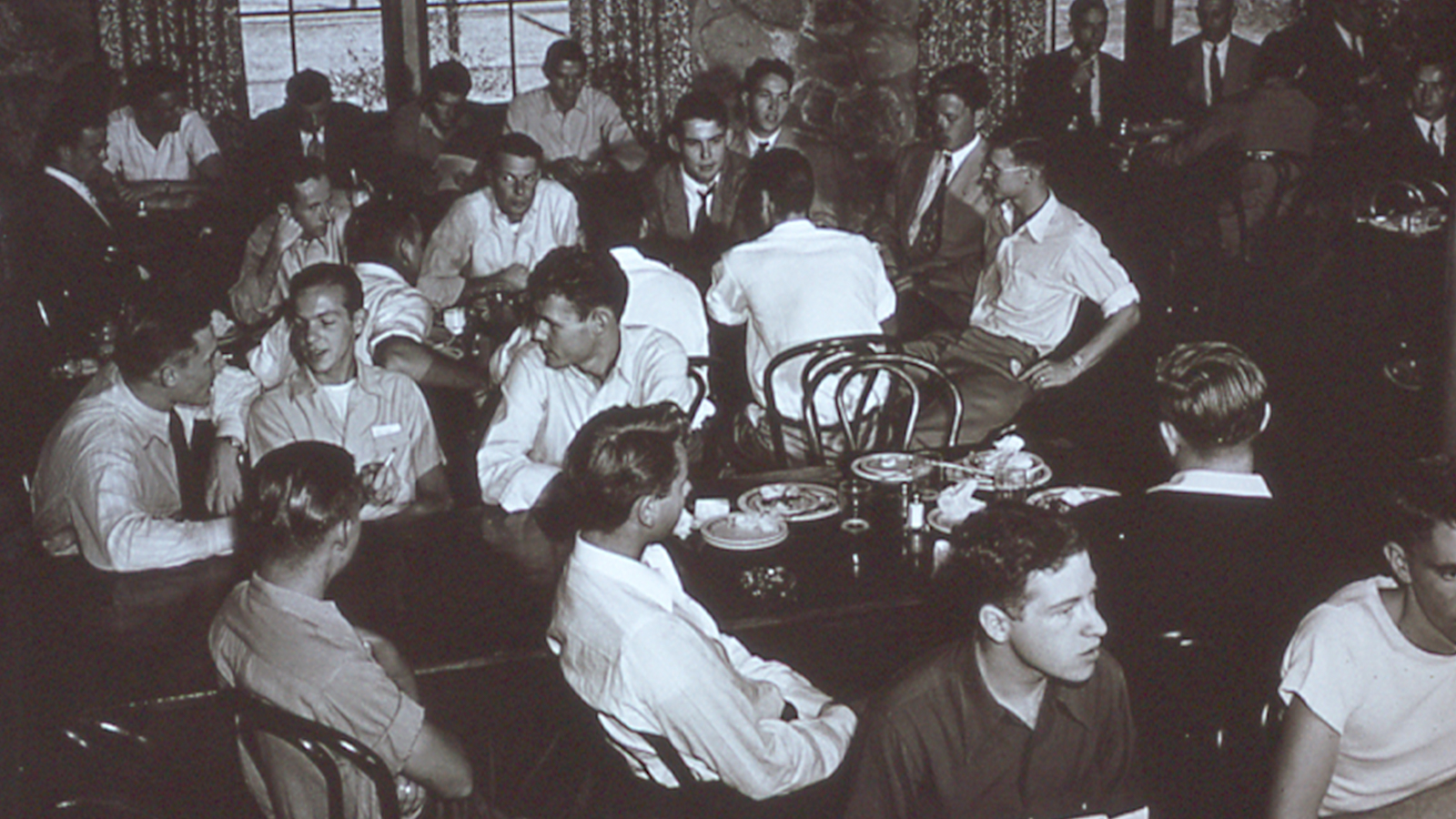 Seventy-five years ago, 86 students and seven faculty members opened a new “undergraduate school for men” in Claremont, Calif. The new college’s purpose was clear: “to prepare future leaders of private and public enterprise through a distinctive liberal arts curriculum.”

CMC was the third Claremont College, following Pomona College and Scripps College. Many of the first students, as well as the College’s president George C. Benson, were returning World War II GIs. Tuition, room, and board for the fall semester came to slightly more than $500.

In 1946, CMC had one building — Story House — and 15 acres of empty, rock-strewn desert wash spotted with sagebrush and scrub oak. More importantly, it had great expectations: Benson believed the College could achieve an advance in the dialogue between theory and practice that would be the envy of more established, even venerable institutions.

Veterans enrolling in 1946 were going to be housed in shipyard dormitory units obtained from the Federal Housing Authority. The units arrived in late August but could not be electrically wired or hooked up to plumbing on schedule. So, the College arranged temporary housing for the veterans in barracks-like arrangements in two large rooms and the basement of Bridges Auditorium, where classes would also be held. In the basement, under the stage, they fitted out a recreation area with card tables and chairs and potted plants. Very shortly, students would be calling the area the Coconut Grove.

Story House, a converted three-story mansion, constituted the School’s only permanent building on campus for the College’s first year and a half, serving as a dormitory, commons, and central point of identity and reference. It was named for Russell Story, who as president of the Claremont Colleges had pioneered the idea of a third Claremont college.

A Craftsman masterpiece, Story House was severely damaged by fire in February 1969, but rebuilt in 1970 at the current location. In 1994, it was expanded and renovated, and now serves as the home of CMC’s Facilities & Campus Services department.