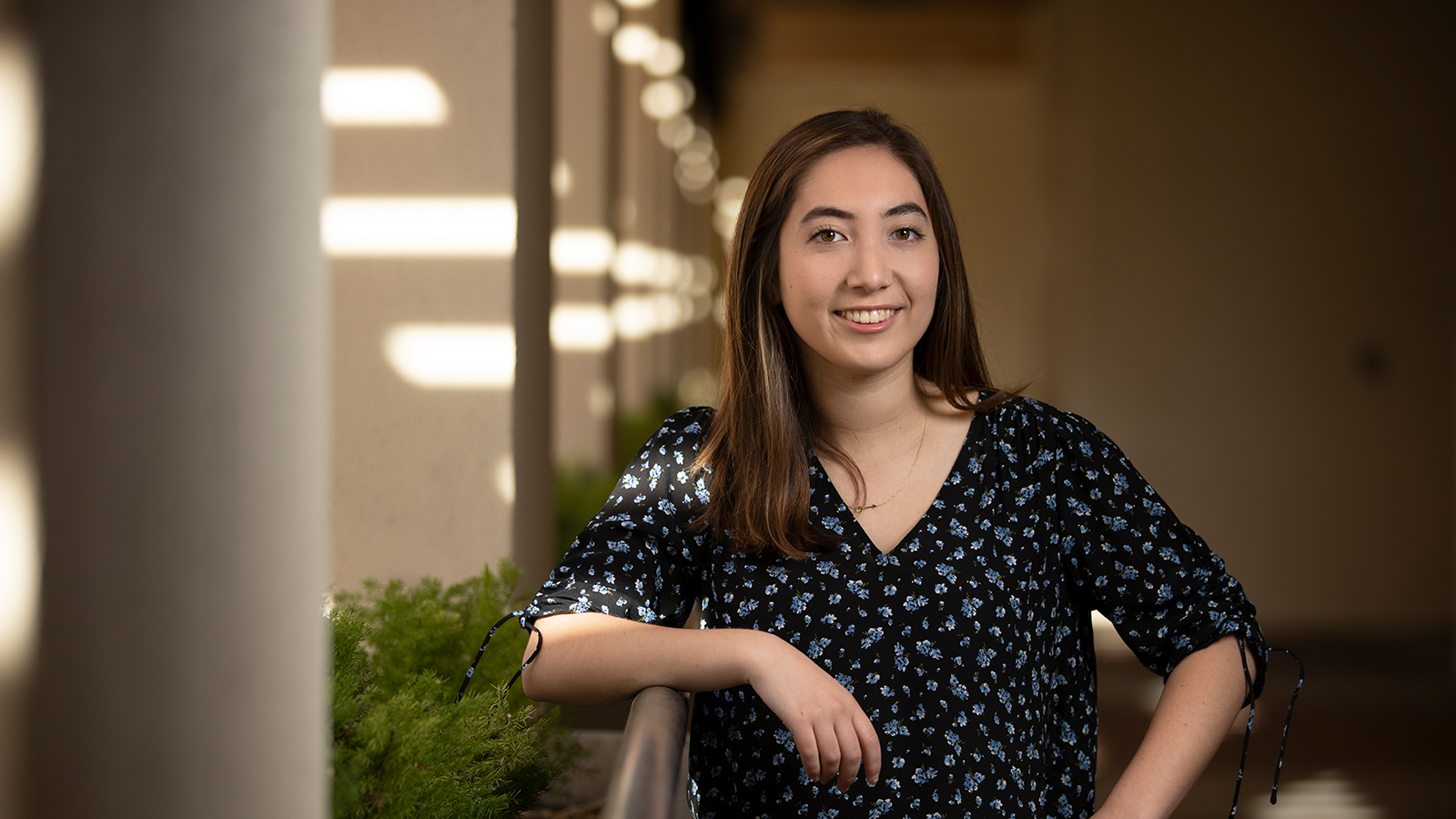 Allie Gould ’20 could hardly imagine becoming passionate about philosophy when she started at Claremont McKenna College as a neuroscience major. Four years later, in spring 2020, a paper that she submitted to a philosophy conference in Denver won the best paper award and was published in an international undergraduate philosophy journal, Stance.

The paper, “Not So Skeptical: A Cow’s Eye View on Optimism for Empathy,” grew out of an Advanced Seminar on Imagination taught by Professor Amy Kind, the Russell K. Pitzer Professor of Philosophy.

While Gould took a job as an analyst for an economic consulting firm in Boston starting fall 2020, the paper’s recognition outside of CMC and its publication in an undergraduate journal led to her considering applying to philosophy PhD programs in the future. “It boosts my confidence that I might be capable of doing philosophy at a higher level,” she said.

A conference on imagination and social change held September 26-28, 2019, at the Gould Center for Humanistic Studies at CMC inspired the paper’s grounding in a more practical call to action, Gould said, adding, “I had never been super interested in public policy before I came to CMC, but being around a lot of people who are passionate about it has been really cool for me.”

Gould fell in love with philosophy as a freshman when she took a humanities seminar with Professor James Kreines. Her experience with the philosophy department has been positive throughout. “The program is outstanding,” she said, “and my professors have been the most supportive. I would never have applied for the conference in Colorado if Professor Kind hadn’t sent me an email about it.”

Kind praised Gould’s final paper for her class last semester. “It was really terrific – philosophically sophisticated, interesting, and important,” she said. “I was delighted when she decided to submit it to the undergraduate conference, and of course even more delighted when they recognized it with their best student paper prize.”