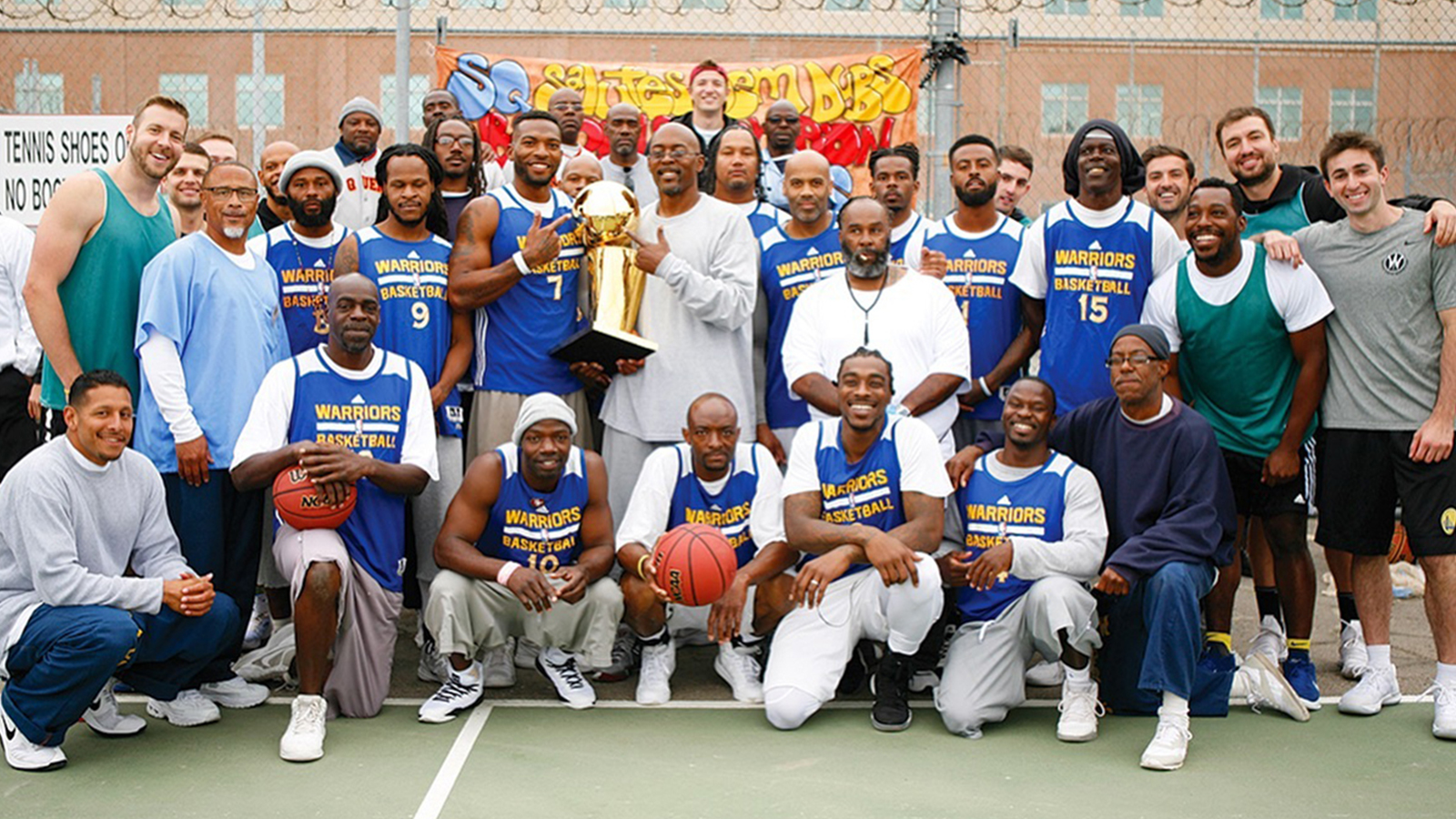 Until the COVID-19 pandemic hit, Stags basketball alumni and other CMCers ventured behind the San Quentin prison gates twice a month, squaring up against the San Quentin Warriors, a league that brings inmates and civilians together via an in-prison community outreach program.

The games are gritty, played on the prison’s outdoor asphalt courts, buffeted by strong winds off the San Francisco Bay.

Patrick Lacey ’11, a Senior Manager of Global Sales Strategy at Salesforce, joined the league seven years ago at the invitation of fellow CMC alumnus Ben Draa ’10, who is a director with the Golden State Warriors. (The NBA team and front office support their San Quentin counterparts, even joining an annual game on the prison’s court.)

A remarkable 20 Stag basketball alumni have played at San Quentin, aka “The Q,” and several alumni of the men’s and women’s soccer teams have participated in the prison’s soccer program.

“These inmates know CMC!” Lacey said at an alumni and parent virtual program via Zoom in August 2020. The program centered on the Emmy-nominated documentary “Q Ball.” The virtual conversation was organized by CMC’s Office of Alumni and Parent Engagement, drawing an audience of 90 alumni and families from around the country.

Joined by Tejas Gala ’09 M’13 — whom Lacey introduced to the league — and “Q Ball” director, writer, and producer Michael Tolajian, Lacey was eager to discuss the film with CMC alumni and parents because he thinks it’s important to get to know the inmates of San Quentin.

“It’s easy to write off these inmates and ignore their humanity,” he said. “This movie gets their stories out to the world.”

Some alumni who took part in the Zoom conversation wanted to know how they could help. Lacey suggested reaching out to nonprofit Prison to Employment Connection, which assists San Quentin inmates poised for parole to succeed on the outside.

Both Lacey and Gala described how they have served as character witnesses and written letters for incarcerated people up for parole. They have also offered to help once an incarcerated person is released, with career advice and a helping hand.

“Hiring someone or going to bat for someone, going out of your way to make sure you are caring for them, that’s another powerful way to support these guys,” said Gala, who is a Senior Manager, Corporate Finance & Investor Relations at Apple. “Being part of this program has fundamentally changed my life for the positive.”