Professor of international economics became a major promoter of CMC

Professor of international economics became a major promoter of CMC 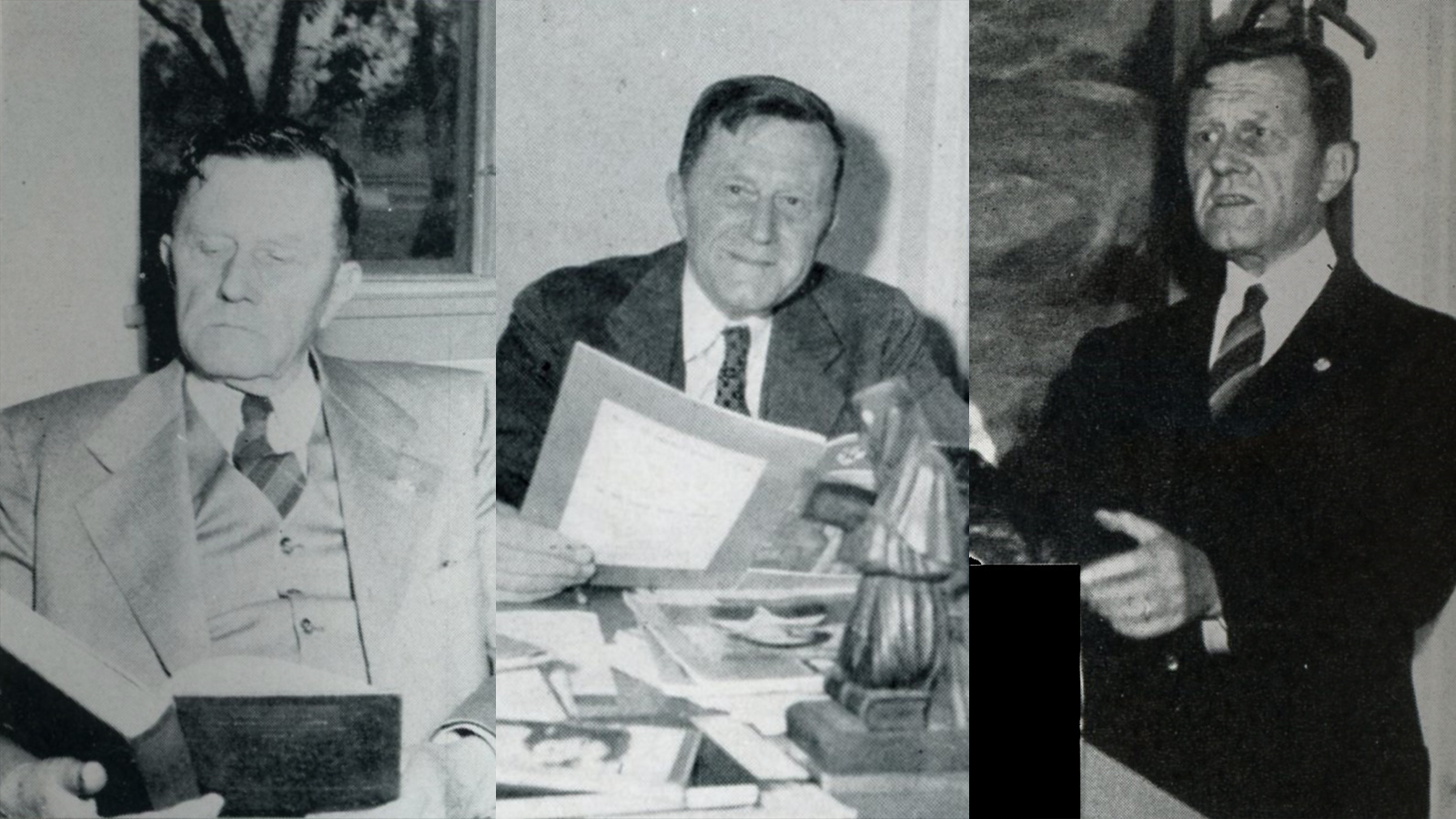 Among the many distinguished faculty whom CMC President George C. S. Benson recruited in the first four years of the College was Jacob Anton de Haas.

Benson recruited the erudite Dutch American from the Harvard Graduate School of Business, where he was professor in international economics. It was a stunning recruitment. As a tenured Harvard professor, de Haas brought prestige, flair, and a growing commitment to the College. Shortly after his arrival, Haas was second only to Benson as a public representative of the CMC ideal.

Born in Holland, de Haas emigrated to the United States as a young man and graduated from Stanford. After earning an MA from Harvard, de Haas returned to his alma mater for his PhD, and after a distinguished career at a number of institutions—Ohio State, Stanford, New York University—was appointed to an endowed chair at the Harvard Business School. For his war work on behalf of the Netherlands, he had been named Commander of the Order of Orange Nassau and had also been honored by the government of Colombia.

An entertaining lecturer and an indulgent grader, de Haas took a highly personalized mentoring relationship with his students. They, in turn, admired his connections with the great world and his flamboyance. On Oct. 8, 1947, for example, the student newspaper The Analyst admiringly reported that de Haas had just spent 10 days at San Quentin writing a series of articles for the San Francisco Call Bulletin on prison life, prison economics, and social organization and had witnessed nine hangings.

But it was as a promoter and publicist that de Haas equally proved his value, at least in Benson’s eyes. In his address at the Parents’ Day Convocation on Nov. 23, 1947, “Education for the World of Today,” de Haas made the case that CMC was bringing a new note of realism into American higher education by emphasizing to the students how social and industrial organizations truly worked. He said, “To you students in the Men’s College, I say, you are to be congratulated to have chosen to study in this College. You may not realize it now, but you are in a sense, intellectual pioneers. You will be the advance guard of men who have received the kind of training the modern world requires.”

Thanks to his connections and reputation, de Haas was able to place an article in the Nov. 27, 1948, Christian Science Monitor profiling CMC and extolling its program. “Claremont can bear watching. Something new, something significant is being done there.”