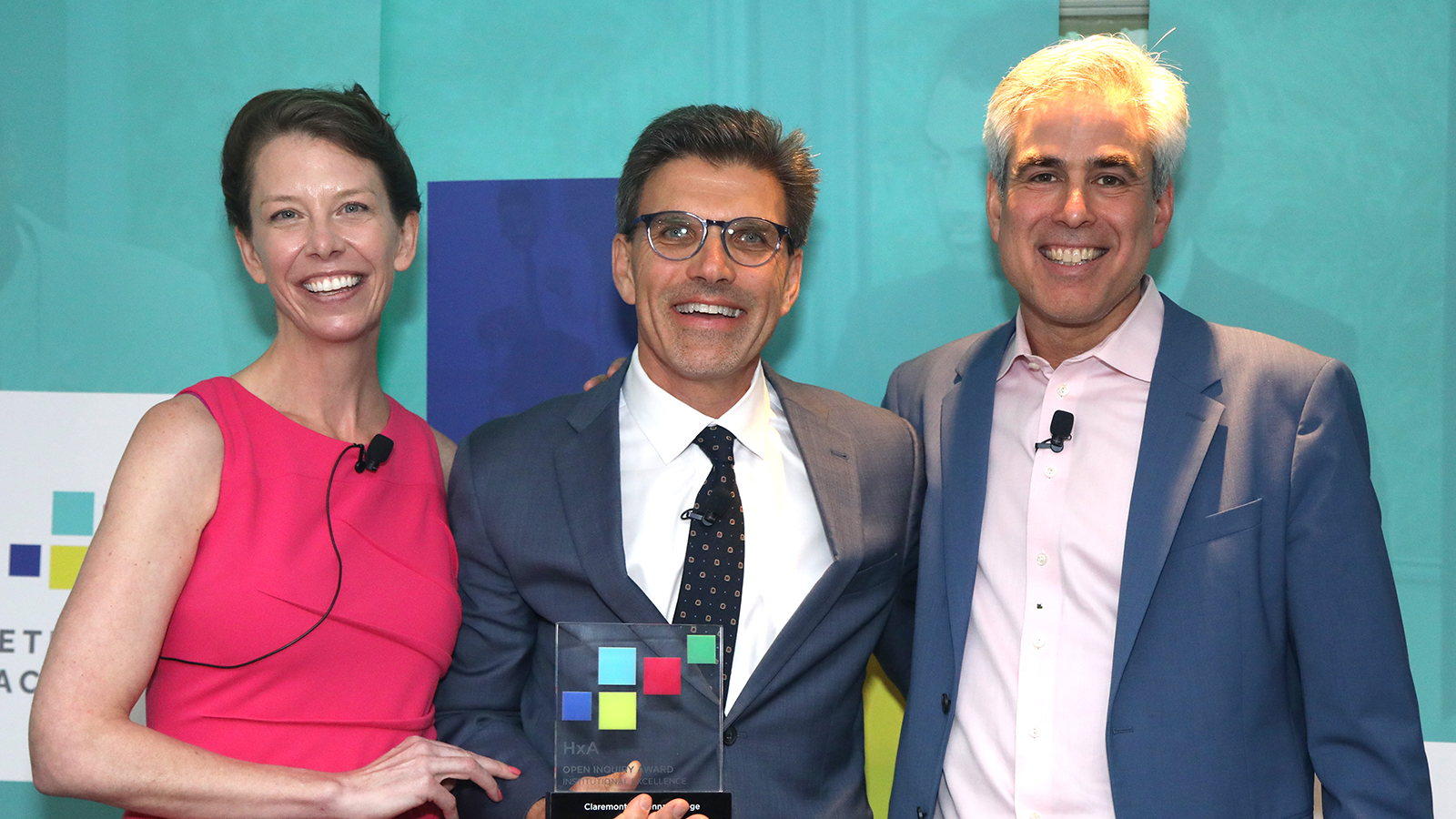 Claremont McKenna College’s commitment to advancing open inquiry holds a long tradition. Professors of varying political persuasions co-teach courses, the Athenaeum showcases a variety of speaker viewpoints, and students are encouraged to use critical thinking skills across disciplines. CMC has continually been recognized for its Open Academy initiative, including winning the 2019 Institutional Excellence Award from Heterodox Academy (HxA).

CMC was chosen as “the college or university that has done the most to advance or sustain open inquiry, viewpoint diversity, and constructive disagreement either on its campus or nationally.” In particular, HxA hailed CMC’s Open Academy initiative (including government professor Jon Shields’ co-taught University Blacklist course with Pitzer professor Phil Zuckerman), the variety of speakers and viewpoints presented at the Marian Miner Cook Athenaeum, and its first-in-California Green rating for free speech from The Foundation for Individual Rights in Education (FIRE).

“We are honored by this recognition, and moved to deepen our educational commitments to this national imperative.”

In announcing the award, the HxA committee appreciated how CMC had risen to meet the challenges of disinvitation and demonstration that began to escalate on college campuses starting in 2014. “By foregrounding the ways freedom of expression, viewpoint diversity, and effective dialogue support students’ educational and developmental needs, these commitments from CMC mark a critical inflection point in the open inquiry movement,” HxA officials said. “The college has moved the conversation from reaction to intention, beyond ‘what’s wrong?’ to ‘why does it matter, for students, the academic enterprise, and the country?’ and ‘how do we fix it?’”

The College was nominated by an HxA member and selected by a vote from its awards committee, management team, board of directors, and advisory committee.

Founded in 2015, Heterodox Academy is a non-partisan, non-profit collaborative of more than 2,500 professors, administrators, and graduate students. The group is committed to enhancing the quality of inquiry, research, and education by approaching “problems and questions from different points of view, explicitly valuing the role such diversity plays in advancing the pursuit of knowledge, discovery, growth, and innovation.”

The core HxA team includes PhDs in social and political psychology with expertise in empirical research, higher administration, and teaching. Jonathan Haidt, a social psychologist and professor of ethical leadership at New York University’s Stern School of Business, is board chair.