Donald McKenna’s Idea for the Athenaeum: 1968

Donald McKenna’s Idea for the Athenaeum: 1968 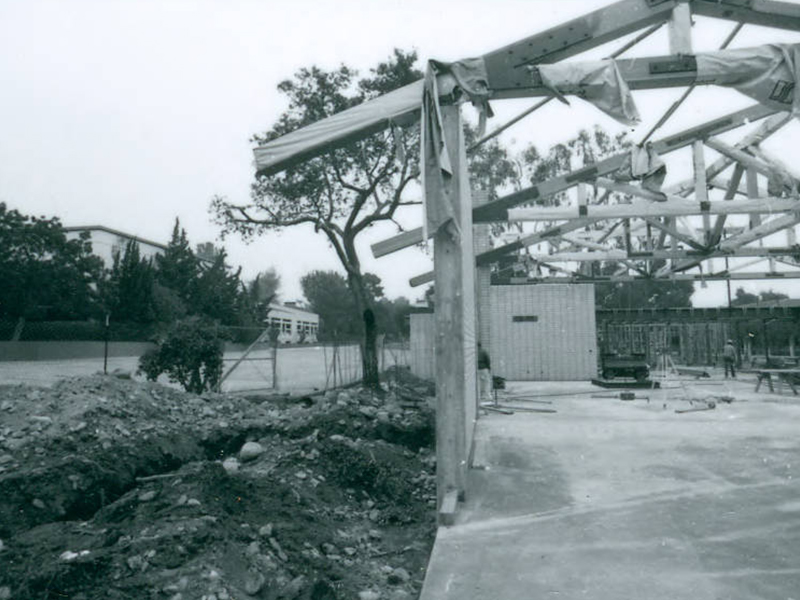 On Jan. 12, 1968, Donald McKenna drafted a memo recommending a “student-faculty club or athenaeum,” based on two distinct memories:  the Wednesday evening discussion socials his parents hosted at The Claremont Inn in the late 1910s and early 1920s, and lively evenings hosted by George C. S. Benson at Lowell House at Harvard in the mid-1930s, when Benson was serving there as senior tutor. At both events, students, tutors and faculty, together with visiting guests, gathered in a convivial atmosphere for refreshment and wide-ranging discussion. Evenings such as these, McKenna believed, were of the essence of collegiate education; and he wanted the same magic to happen at CMC.

“The basic idea,” McKenna typed in his four-page memo, “is to make this a true residential college facility aimed at making our campus environment more attractive and at the same time educationally centered.”

With typical precision, McKenna planned the facility down to the last detail. He described the lounge where guests would gather before dinner, the large dining room for main events, the 10 smaller seminar-dining rooms for luncheon discussions and more focused evenings, the lounges and reading areas for browsing and relaxation, and the guest rooms for visiting speakers. He even prescribed the menu: steak and all the trimmings for the weekly major dinners.

For the name, McKenna chose the “Athenaeum,” inspired by the Athenaeum in ancient Rome, a school of oratory, philosophy, jurisprudence, and poetry founded by Hadrian on the Capitoline Hill and surviving until the fifth century. The word also meant a literary or scientific association or club, or a building where a library, periodicals, or newspapers were kept. McKenna also wanted something warm, congenial, club-like, something recalling the Claremont Inn and Lowell House. To suggest these values, he turned to a London Club called the Athenaeum founded in 1823, with most of the leading literary figures of the day — novelist Sir Walter Scott and poet Thomas Moore, among them — serving on the original committee. McKenna also cited the Athenaeum at Caltech, the faculty club designed by Gordon Kaufmann, which opened in 1930.

With the Athenaeum, McKenna was envisioning a third approach to the goal of educating and refining its student body: one promoting learning and intellectual inquiry for their own sakes in the loosely structured atmosphere of an ancient Roman academy or a 19th-century London club.

With a generosity equaling his enthusiasm, McKenna announced to the trustees that he would donate $700,000 toward the endowment of the operating expenses of the proposed Athenaeum, provided that the money be matched on a two-to-one basis.

At its meeting on March 25, 1968, the board of trustees asked English professor John Dunbar to chair an ad hoc committee on the Athenaeum. The committee included Benson’s administrative assistant — and future president — Jack Stark. Its report elaborated on McKenna’s memo.

The Athenaeum would be located between Collins and Seaman Halls. It would accommodate up to 200 guests. It would include an apartment for a resident director and apartments for visiting scholars and lecturers. In addition to evening dinner lectures and discussions, there would be large-scale musical entertainment and luncheon and dinner programs in the smaller seminar-dining rooms. Since the food would be several notches above Collins Hall, the Athenaeum would operate its own kitchen. At all evening events, coats and ties would be required.

The total project — building and endowment — would cost between $1.4 and $1.7 million. Although the board authorized $50,000 for working drawings, it would take more than 15 years to build a permanent facility. No matter, the very concept of the Athenaeum challenged CMC to view itself from an enhanced perspective. And besides, the Athenaeum began its program in 1970 at the former President’s House, a full decade before it enjoyed its own building.

A History of the Athenaeum: Chapter 2