Once in a Lifetime

Once in a Lifetime 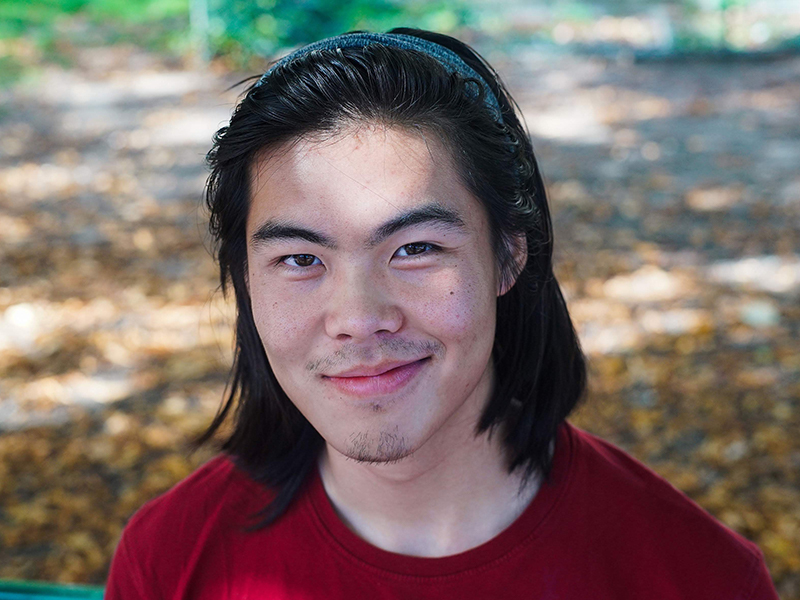 Studying overseas not only transformed Kiubon Kokko ’21, it won him a grand prize.

Kokko, a senior majoring in media studies, spent the fall 2019 semester in Nantes, France, studying with the IES Abroad program and living with a host family.

“I chose to study in Nantes, because you can always visit somewhere popular, like Paris, later in life,” he said. “Someplace like Nantes is unique and presents a true once-in-a-lifetime experience.”

Making a short film to enter the IES 2020 Study Abroad Film Festival provided Kokko with an opportunity to reflect on his experience as he was living it. Using the DSLR camera, a 50mm lens, and a Glidecam camera stabilizer that he brought with him, Kokko captured small, yet meaningful, moments with his host family, as well as with the group of friends he made while in Nantes.

The result, “If I Could Put Into Words,” garnered the most votes among the festival’s three finalists, and won the grand prize.

Overall, more than 50 films were submitted by IES Abroad students to the IES seventh annual film festival, which asked “students to capture the spirit of study abroad – both what it meant to them and how it redefined their world.”

“Kiubon’s film is such a beautiful anecdote of what study abroad is all about: the people you meet and the places, food, and culture you experience with them,” said Amy Ruhter McMillan, who founded the IES Abroad Study Abroad Film Festival.

From his hometown in Columbus, Ohio, Kokko shared how his time in Nantes has shaped him. “Sometimes I can’t recognize myself because of how much my time abroad changed me,” he said. “It’s a weird feeling. I know that sounds cliche. But studying abroad changed the way I look at things — people, situations, moments.”

Kokko, who competed for the CMS men’s swimming and diving team for the last two years, credits CMC’s culture for preparing him for his time overseas. “Without CMC’s culture of trying new things, perhaps I wouldn’t have gone,” he said.

Kokko loved his time overseas so much that he has applied to the Fulbright English Teaching Assistant (ETA) Program. And, he’s pursuing a career in film by growing his own wedding film company 12:10 Films and continuing to make documentaries.

He encourages his fellow CMCers to seize the opportunity to live in a foreign country.  “Please consider, with all your might, to study abroad,” Kokko enthused. “You will come out of it with more perseverance and strength, as well as an invaluable life experience.”