For Prof. Marc Massoud P'89, four decades at CMC add up to a significant impact

For Prof. Marc Massoud P'89, four decades at CMC add up to a significant impact 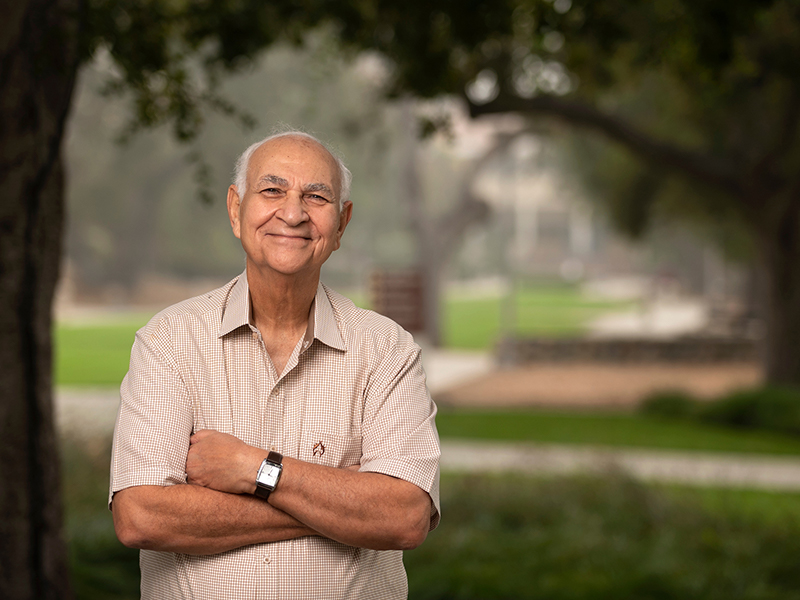 It doesn’t take a CPA to calculate the impact Prof. Morcos (Marc) Massoud P’89 has made during his four decades at CMC—not just on the College, but on the countless students who have taken his “Introduction to Accounting” course over the years.

The lifelong impression on his students can be easily quantified. Every holiday season, Massoud, who is the Robert Day Distinguished Professor of Accounting at CMC, estimates that he receives nearly 300 cards from Claremont McKenna alumni. And, before the COVID-19 pandemic, Massoud would spend his summers traveling to the weddings of his former students. Now, during the pandemic, his email queue is packed with inquiries about his well-being.

Before joining CMC in 1980, Massoud—who was born and raised in Egypt—admits that he was skeptical about teaching at a small liberal arts college. He earned his MBA and a PhD in accounting from New York University, and had spent most of his career at larger institutions where Massoud grew accustomed to a more business school-focused environment. But the opportunity to grow and enhance the accounting department at CMC was hard to resist. Over the decades under his leadership, the department has expanded, from one faculty member into a program that now boasts seven full-time, tenured faculty and two part-time professors.

“I am in a partnership with my students to help them succeed.”

Massoud considers the small class sizes at CMC to be a bonus because he gets to know his students—“I enjoy being involved in their lives” —and appreciates their intellectual maturity.

“I tell them, ‘If you are at CMC, you are clearly smart. Let’s have fun together, and if you fail, I fail, but we need to win together.’ I am in a partnership with my students to help them succeed.”

Massoud considers his students as members of his family, and they return the favor, by often calling him “Dad.”

In 2010, Massoud was honored with the CMC Presidential Award for Merit. In addition, he is a 13-time recipient of the Glenn R. Huntoon Award for Superior Teaching. He has also been honored with the Association’s Jack L. Stark ’57 GP ’11 Distinguished Service award, as well as the John P. Faranda ’79 Student Service Award. In 2007, grateful alumni established the Morcos Massoud Chair of Accounting in his honor.

Massoud and his son Ihab “Joe” Massoud ’89 are both donors to the Vivienne Massoud Memorial scholarship, which Massoud established in memory of his late wife.