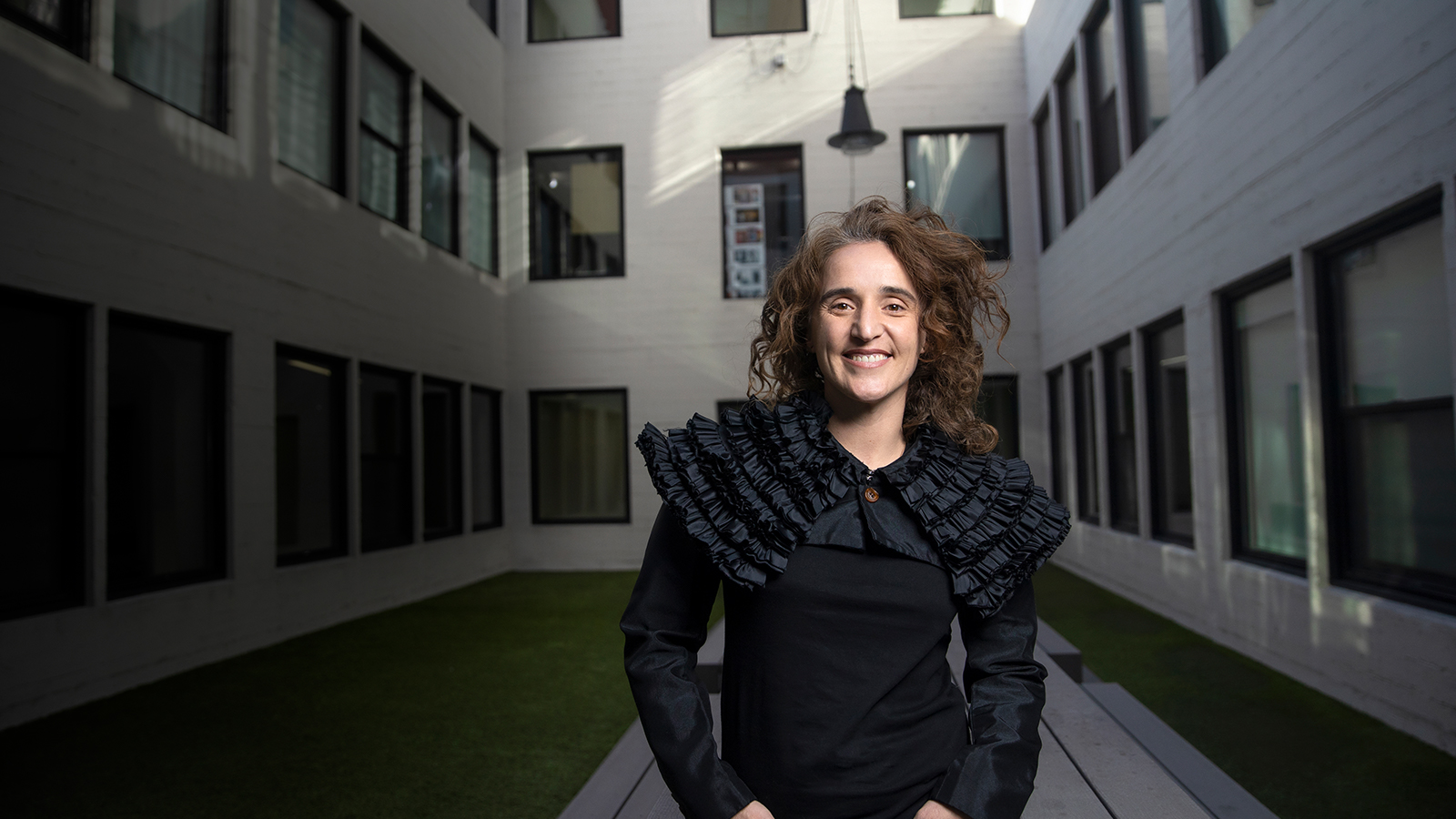 Chelina Odbert’s ’99 passion for community outreach and conversations about race, inequality, and social justice started in her Sacramento hometown, blossomed at CMC, and has continued to shape a winding, liberal arts-inspired career that has taken her to several countries, Harvard Graduate School of Design, and ultimately, the intersection of Skid Row and the Fashion District in downtown Los Angeles. For the past decade, she’s been executive director of Kounkuey Design Initiative, a design and community development nonprofit that partners with people from under-resourced communities to build healthier, more connected neighborhoods.

“Really, this work is about helping underserved communities access the same system that other people benefit from,” Odbert said.

Raised in a Mexican-Serbian-American family and guided by the influence of a grandmother who worked as an informal activist for immigrant workers, Odbert’s original motivation at CMC was to “empower others through education.”

“Ultimately, the way I chose to use my version of CMC passion, drive, and education was to change social and economic outcomes in high-need communities around the world.”

The intimate, interconnected liberal arts experience at CMC allowed her to explore a range of academic and social interests, all of which contributed to who and where she is today. A senior class president and ardent “people connector” on campus, Odbert started the Welcome Orientation Adventure (WOA) program for first-years. She worked on research at the Claremont Autism Center at a time when the issue wasn’t prevalent in the mainstream. Her senior thesis as a Spanish and psychology double major was on alternative education programs for low-income elementary school students in Pasadena.

“One thing I loved about CMC was the drive and commitment of all the students there, and I definitely think that rubbed off on me,” Odbert said. “Ultimately, the way I chose to use my version of CMC passion, drive, and education was to change social and economic outcomes in high-need communities around the world.”

After CMC, Odbert lived in Honduras, teaching sixth grade and helping locals in the aftermath of Hurricane Mitch—the first time she saw “how communities got built.” Once back in L.A., working as an interior designer of luxury homes and boutique hotels showed her the power of design, but she thought that power could be more mission-driven, a tool for social justice.

Through CMC connections, she landed a yearlong Rotary International Ambassadorial Scholarship to study architecture and urban planning in Mexico. She moved on to Harvard and a Master of Urban Planning: the marriage of design and policy work she had been craving. Kounkuey Design originally started as a project with five Harvard classmates working in the informal settlements of Nairobi, Kenya.

“Residents told us they needed clean water, decent sanitation, income generation, a place to grow healthy food, and a place for their kids to play. We kept asking ourselves, ‘How can we do all of this in a single project?’” Odbert said. “The answer became what we called a Productive Public Space. A park that works harder for the community.”

Upon returning to L.A., she continued developing various projects under the Kounkuey (Thai for “to know intimately”) banner. In 2010, she made a commitment to pursue the mission full-time. She’s now executive director of a staff of about 50 (in four locations: L.A., Coachella Valley, Nairobi, and Stockholm).

This story can be found in the spring CMC Magazine. Read the full issue here.